Clowns in this county can be fined up to $150 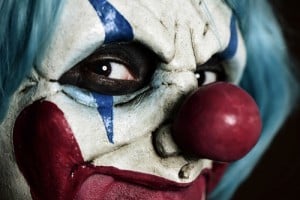 County supervisors passed an ordinance banning anyone from appearing in public in a clown costume, clown mask or clown makeup, report the Associated Press and the Kemper County Messenger. The penalty for a violation is up to $150.

Kemper County Sheriff James Moore had sought the ordinance following a spate of creepy clown troubles in the United States. Police have arrested youths who made threats to commit crimes while dressed as clowns as well as people who made false creepy clown claims.

Lee Rowland, an American Civil Liberties Union lawyer in New York, tells AP that most clothing choices are protected by the First Amendment. She also said dictating Halloween costumes is “a ridiculous use of government authority.”