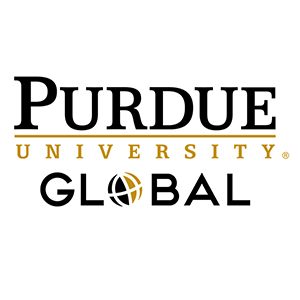 But he’d like to get more credibility with the Purdue name.The deal, finalized March 22, brought 30,000 students from Kaplan University, according to a Purdue press release.

“If you look at the metrics, in terms of course hours, rigor, grading standards and admissions, we’re comparable to ABA schools. But a lot of boards of bar examiners don’t know anything about us,” Pritikin says.

California—where Concord is registered by the state bar’s committee of bar examiners as an unaccredited distance-learning law school—is one of the few states that lets online law school graduates not already admitted in another state to sit for its bar exam. ABA standards, with a few exceptions, only allow accredited law schools up to 15 distance-learning credit hours.

According to the supplemental statistics report released by the State Bar of California, Concord Law’s July 2017 first-time pass rate was 22 percent out of 18 test takers. Its overall pass rate for that test was 21 percent of a total of 91 test takers.

In July 2016, the law school’s first-time pass rate was 27 percent, out of 26 test takers, according to the bar’s supplemental statistics report for that year. Concord’s overall pass rate for July 2016 was 16 percent of a total of 77 test takers.

When asked about those pass rates, Pritikin says they “are not necessarily representative” of Concord’s historical performance. He says the law school’s “historical overall pass rate” of first-time test takers and repeaters is 52.3 percent.

“Concord’s students also face bar pass challenges that traditional students do not. They have typically been out of school for two decades; they are taking our rigorous program on top of demanding full-time jobs and child care and other family responsibilities; and they cannot take two months off from attending to these responsibilities to study for the bar exam,” Pritikin told the ABA Journal.

Pritikin says he has petitioned attorney regulation agencies in Arizona, New Mexico, Connecticut, Michigan and Texas to let Concord Law grads sit for their bar exams, and he is also interested in approaching Indiana, where Purdue University is located.

Concord administers its own online admissions test, which is similar to the LSAT in format and content, Pritikin says, but shorter. Students must have an undergraduate degree, he added, and they want admittees to have at least a 3.0 undergraduate GPA. The law school expects approximately 150 new law students in the fall 2018 term.

Also, since the for-profit law school was acquired by a nonprofit university, it no longer has to meet the U.S. Department of Education’s gainful employment standard, which measures debt-to-earnings ratios at for-profit institutions, Pritikin says.

“Frankly that’s never been an issue for us, because where the average ABA law school costs $45,000 a year, our tuition is $12,000 a year,” says Pritikin, adding that he has no “immediate plans” to increase tuition.