Dealing with the Costs of Incivility in the Legal Profession 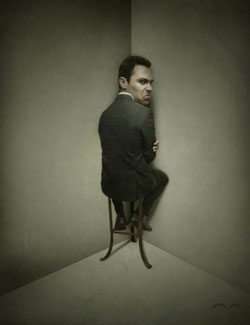 William Gary White III was accused of being so uncivil and unprofessional that the South Carolina Supreme Court suspended him in 2011 for 90 days and ordered him to complete the state bar’s legal ethics and professionalism program.

White was found to have violated a slew of South Carolina’s ethics rules in a letter to his client, an Atlantic Beach, S.C., church that had received a town notice that it needed to comply with zoning laws. White’s letter, copied to the town manager and later made part of the published opinion, was a scorcher:

“You have been sent a letter by purported Town Manager Kenneth McIver. The letter is false. You notice McIver has no order. He also has no brains, and it is questionable if he has a soul. Christ was crucified some 2,000 years ago. The church is His body on Earth. The pagans at Atlantic Beach want to crucify His body here on Earth yet again. …

“First-graders know about freedom of religion. The pagans of Atlantic Beach think they are above God and the federal law. They do not seem to be able to learn. People like them in S.C. tried to defy federal law before with similar lack of success.”

A town council member filed the disciplinary complaint that led to White’s suspension. In its opinion, the state supreme court held that White ran roughshod over an oath it implemented in 2003 mandating that lawyers act with “fairness, integrity and civility, not only in court, but also in all written and oral communications.”

White says he’s learned from the experience. He says his client told him to make the comments in the letter and at the time believed them to be political statements regarding a religious matter. “I thought it was free speech,” he explains. “I think the rules are clearer now; I didn’t consider it a breach of ethics before that. I considered it representing a client.”

South Carolina is just the latest in a string of states formally demanding their lawyers treat others with respect. But it’s been only recently that the state’s highest court has punished lawyers solely for uncivil acts, as it did with White. “Until two years ago, we didn’t have any public opinions or sanctions simply on civility,” says Lesley M. Coggiola, disciplinary counsel for the Supreme Court of South Carolina. “There might have been problems with communication, diligence and any number of other issues, and the court would say, ‘By the way, we’ll cite the oath as well.’ We now have four or five opinions that are strictly on civility, including three in one year and one for a lawyer hitting an opponent in a deposition.”

The South Carolina court may just be warming up. “We take this opportunity to address what we see as a growing problem among the bar, namely the manner in which attorneys treat one another in oral and written communication,” it said in a 2011 opinion. “We are concerned with the increasing complaints of incivility in the bar.”

Read the rest of “You’re Out of Order! Dealing with the Costs of Incivility in the Legal Profession” in the January issue of the ABA Journal.