A deputy public defender in California told police that he attacked his family with a splitting maul partly because of financial worries after he learned his wife had about $10,000 in credit card debt, according to a police report.

Loos told police that the financial worries combined with mental health issues made him snap, according to a police report filed with a criminal complaint Friday. The Redding Police Department in California released initial details of the case in a June 19 press release.

Loos’ 55-year-old wife was in critical condition immediately after surgery. His 14-year-old son and 10-year-old daughter were treated for minor injuries. The children told police that their father attacked them with the blunt side of the splitting maul. When they ran to their mother’s room, they saw that she had massive wounds to her head and face, police said. 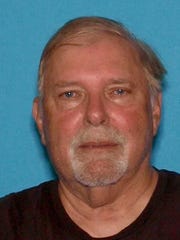 After the attack, Loos tried to stab himself in the abdomen with a knife. Police said Loos’ son was able to disarm his father.

A splitting maul is a long-handled tool with a wide head that splits wood along the grain. Charges against Loos include three counts of attempted murder and three counts of assault with a deadly weapon.

Loos told police that he began to experience significant depression after open heart surgery about four months ago. After learning of the credit card debt, he met with a representative of the state retirement system and concluded that he would not have enough money in retirement to pay his debts, Loos told police.