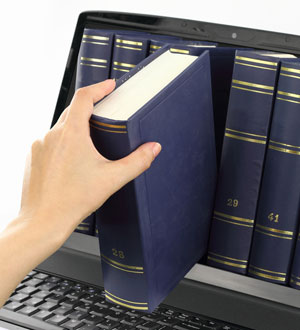 The Harvard Law School library has approximately 40 million pages of case law, which is currently being digitized and scanned so the public can view it for free.

It’s the second-largest collection in the country, following the one at the Library of Congress. It includes civil and criminal case law decisions from every state and federal court, WBUR reports.

“We want the law, as expressed in court decisions, to be as widely distributed and as available as possible online to promote access to justice by means of access to legal information,” Adam Ziegler, managing director of the school’s Library Innovation Lab, told the Boston’s National Public Radio station. He leads the lab’s Caselaw Access Project.

The project is funded by Ravel Law, a legal search, analytics and visualization platform. Harvard agreed to give Ravel Law exclusive access to the digitized cases, WBUR reports, and the company will make the information available to the public for free, according to the project’s website. Costs for the project “are in the millions,” Ziegler told the ABA Journal.

Daniel Lewis, the company’s CEO, told WBUR that the digitized information can show legal trends and track bias among judges.

“So you have this raw case that’s now digital, and then what we can do is add machine learning on top of that. And by adding all these extra pieces of information we make it more possible to sift through millions and millions of documents to find exactly what you want,” Lewis said.

The process to digitize the information is somewhat more antiquated. Books to be scanned are shipped to the lab from a Worcester County storage facility, and physically unbound by digitization specialists. Then the pages are scanned, and metadata about the cases’ names, judges, court locations and dates is applied. Next the pages are hermetically sealed in plastic with their original bindings, and sent to storage at a limestone cave in Kentucky.

“It’s important to have it, just in case,” Ziegler told WBUR. “If we need to reboot our democracy for some reason then we’ll have all these books in Louisville. But also, if we do our job right then that book will be a backup that’s only needed if only something goes wrong.”

The project is expected to be finalized in 2017, according to the Harvard Law School Library Blog. The school has a 4 percent equity interest in Ravel, and any proceeds from that will go towards supporting the case law project.