'Dogs are people, too,' researcher says; what are the legal implications of animal emotions? 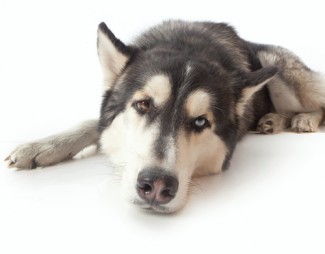 A researcher who trained dogs to sit still in an MRI says he has reached this conclusion: “Dogs are people, too.”

Emory University neuroeconomics professor Gregory Berns says the MRI evidence may indicate that dogs have emotions, a finding that should spur a re-evaluation of the concept that dogs are property. He discusses his research and his views in a New York Times opinion piece.

The researchers measured activity in a region of the dog brain called the caudate nucleus. In humans, that brain region is associated with positive emotions. When dogs saw hand signals indicating food, or when they smelled familiar people, the caudate activated. Berns says the same type of things that activate the human caudate also activate the dog caudate, suggesting that dogs could have emotions.

“The ability to experience positive emotions, like love and attachment, would mean that dogs have a level of sentience comparable to that of a human child,” he wrote. “We can no longer hide from the evidence. Dogs, and probably many other animals (especially our closest primate relatives), seem to have emotions just like us. And this means we must reconsider their treatment as property.”

One alternative, he says, would be to grant limited personhood status to animals exhibiting neurobiological evidence of positive emotions. People who don’t act as good guardians could lose their animals. Another would be to grant animals the rights of personhood, which could mean that puppy mills, lab dogs and dog racing would be banned for violating the right of self-determination.

The U.S. Supreme Court has referred to neuroscientific findings when considering life in prison for juveniles. Berns says the case opened the door to neuroscience in the courtroom. “Perhaps someday,” he writes, “we may see a case arguing for a dog’s rights based on brain-imaging findings.”