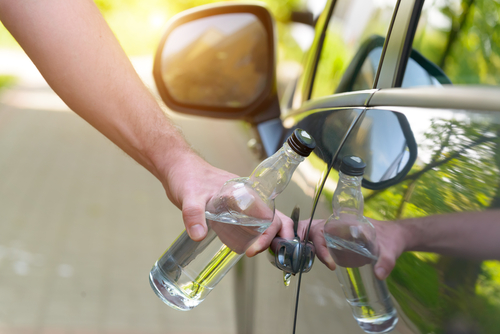 The Michigan Supreme Court has ruled that prosecutors can bring charges against a man accused of driving while intoxicated on his own private driveway.

The supreme court reinstated the prosecution of Gino Rea of Northville in a July 24 decision (PDF) noted by How Appealing. The Associated Press, MLive.com and the Petoskey News have coverage.

The court ruled that the state’s drunken driving law covers conduct in an area that is generally accessible to motor vehicles, even if it is on private property.

A police officer called to investigate a noise complaint arrested Rea in March 2014. The officer saw Rea start to back his car down the driveway, but Rea stopped when the officer shined his flashlight in the car. Rea then put the car in drive and pulled the car back into the garage.

Rea’s blood alcohol was three times the legal limit, according to the Michigan Supreme Court.

The state’s drunken driving law says a person shall not operate a motor vehicle while intoxicated “upon a highway or other place open to the general public or generally accessible to motor vehicles.”

The court, in an opinion by Justice Richard Bernstein, said Rea’s private driveway “was designed for vehicular travel” and there was nothing on it that would have prevented cars on the public street from turning into it.