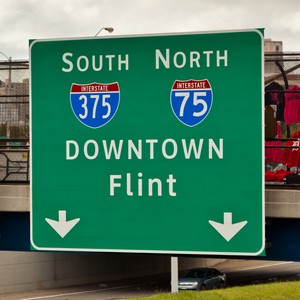 Federal prosecutors are investigating lead-contaminated water in Flint, Michigan, a spokesperson has confirmed.

The office of U.S. Attorney Barbara McQuade is investigating along with the Environmental Protection Agency, spokesperson Gina Balaya told MLive.com and the Detroit Free Press. Michigan Gov. Rick Snyder declared a state of emergency for the area on Tuesday, which could lead to federal aid.

The city of Flint switched from buying its water supply from Detroit’s water system (which draws from Lake Huron) to drawing directly from the Flint River in 2014 as a cost-saving measure while it was under the control of state-appointed emergency managers. The State Department of Water Quality has acknowledged it didn’t require treatment of the corrosive river water, which caused lead to leach from water pipes.

The number of children with elevated blood levels in Flint more than doubled while the river water was being used, a study found. The city switched back to Lake Huron water in October, but the damage from the river water which caused the lead-leaching may continue to cause problems, the Free Press reports. “Not Safe to Drink,” an investigative series produced by Michigan Radio, gives a more thorough background to the story, including allegations that state and local officials ignored multiple warnings about the contaminated water.

ABAJournal.com: “State of emergency declared in Flint, Michigan, over amount of lead in water”