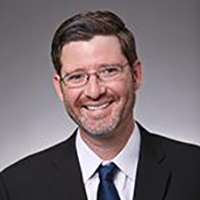 For more than a decade, state court systems have been chronically underfunded. The ABA’s Task Force on the Preservation of the Justice System has called it “one of the most critical issues facing the legal profession.” But rather than support courts and the justice system through general tax revenue, states are increasingly relying on criminal fees and fines charged to defendants.

The purpose of the judiciary is to administer fair and impartial justice, yet we place courts in a dangerous position when we make them dependent on the funds they collect. The dynamic risks undermining judicial independence.

Criminal fines are intended to deter and punish crime, and the amount levied on an individual is typically based on the severity of the offense. Fees shift the costs of the system from taxpayers to the “users” of the courts. These revenues are not only used to pay for critical aspects of the justice system, they are frequently diverted to programs that fall far from the paramount goal of the criminal justice system: protecting public safety. In Florida, for example, fee and fine revenue may go the state’s general revenue fund. In New Mexico, defendants are charged a fee for the state’s Brain Injury Services Fund, providing resources to brain injury victims. While this may be a worthy project, it is hardly central to the work of courts.

Unlike the federal government, states must run balanced budgets. Over the last several decades, that’s been made considerably more difficult by the growth of the criminal justice system across the country. While the United States has only 5 percent of the world’s population, it accounts for approximately 25 percent of the world’s incarcerated population. Locking people up is expensive, and we increasingly pay for America’s mass incarceration with fees and fines. This subverts the incentive structure of the courts, as they are increasingly relied upon to fund governmental operations. A study by NPR and the National Center for State Courts found that, between 2010 and 2014, 48 states criminal and civil fees, added new fees, or both. And when so many fees are dedicated to courtroom costs and salaries, the public’s confidence in judicial impartiality can be undermined.

This isn’t just a theoretical or hypothetical concern. A 2015 report by the Department of Justice found that in Ferguson, Missouri, the city had “allowed its focus on revenue generation to fundamentally compromise the role of Ferguson’s municipal court.” The DOJ concluded it led to violations of the Fourteenth Amendment’s due process guarantee, which predominately harmed black Americans and threatened public safety. The report concluded that the focus on revenue collection had done much to undermine community trust in law enforcement and the courts.

The human consequences from this dependence on fees and fines can be staggering. Although debtors’ prison has been deemed unconstitutional in every state in the nation, defendants often face jail time for their inability to pay fees and fines. In many states, failure to pay results in a driver’s license suspension, which can dramatically limit a person’s ability to work or care for their family. Often, additional fines and fees accrue and interest is levied, leaving people thousands of dollars in debt, trapped in a cycle of poverty, and spinning through the revolving door of the criminal justice system. It’s a situation that can devastate low-income communities and sow deep distrust between citizens and the government.

Beyond the subversion of the core judicial function and the human cost, fees and fines are an inefficient means of collecting revenue for the government. Between police officers arresting subjects, court clerks and judges assessing and levying fees and fines, probation and parole offices attempting to collect fines, and jails housing those unable to pay, a tremendous amount of taxpayer money is diverted to collect the money. Because these public employees work across a variety of agencies that are often decentralized, it is difficult to know just how much the taxpayers are spending to raise fee and fine revenue. The Vera Institute of Justice has found that in New Orleans, the amount of revenue generated by fees, fines, and bail costs the city more than it collects.

Judicial independence is a cornerstone of our democracy. Former Chief Justice William Rehnquist called independent courts “the crown jewel of our system of government.” Relying on the judiciary as a revenue generator threatens this independence, as well as the confidence of the public in our institutions. In addition to the very real human costs, the system is extremely inefficient. Our courts, and our criminal justice system, should be focused on applying impartial justice and protecting public safety. They should not be forced to pay for our government.

Matthew Menendez serves as counsel for the Brennan Center’s Justice Program, where his work focuses on judicial administration and reforming the criminal justice process. Menendez is also an adjunct professor at NYU School of Law, where he teaches the Brennan Center Public Policy Advocacy Clinic. He received his B.A. degree in economics and political science from Swarthmore College in 1999, and his J.D. from New York University School of Law in 2007.