For the first time, New York will provide some state funding for indigent defense 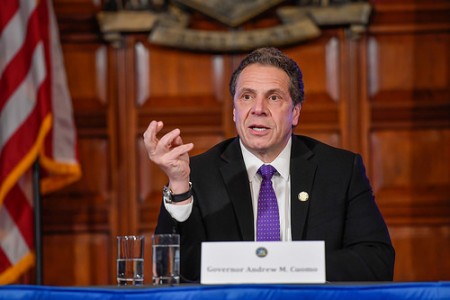 For the first time since Gideon v. Wainwright, the state of New York will provide some state funding for indigent defense services, the New York Law Journal (sub. req.) reports.

The funding came in the state’s 2017-2018 budget, signed by Gov. Andrew M. Cuomo, a Democrat, on Monday. It establishes basic standards for public defender services and obligates the state to reimburse its counties—which had been responsible for 100 percent of indigent defense funding—for the cost of meeting those standards.

The New York Law Journal said the state will not provide the entire amount of the funding required for indigent defense statewide, a cost it pegs at $450 million. (The ABA Journal reported in January that the New York Civil Liberties Union estimated total statewide costs at $460 million to $480 million in 2016.) In January, Cuomo vetoed a bill that would have assumed those total costs over seven years.

Rather, according to the New York State Office of Indigent Legal Services, the state will be paying for $250 million to bring its counties’ indigent defense services up to certain standards set by a 2014 settlement in an indigent defense lawsuit from the NYCLU, Hurrell-Harring v. State of New York.

“This is less than whole, but it is what I have been saying since the day after the Hurrell-Harring settlement was signed, that the state has to make sure that all counties are in compliance with the constitution,” said William Leahy, director of the NYS Office of Indigent Legal Services.

Hurrell-Harring, filed in 2007, argued that the state’s failure to provide any funding to counties at all left funding so inadequate that defendants were left without constitutionally adequate representation by counsel. Its settlement seven years later required the state to ensure representation at the first court appearance (which often decides the crucial issue of bail); fund enough lawyers and support staff to generate adequate and vigorous representation; create standards for caseload size and eligibility for representation; and more. That settlement affected five upstate counties; the new budget will extend those requirements to all New York counties.

The NYCLU approved the new law in a press release issued Monday.

“With this legislation, New York makes a major commitment to fulfilling the promise of Gideon,” said NYCLU legislative director Robert Perry in the press release.

Jonathan Gradess, executive director of the New York State Defenders Association, said the budget was great in the sense that it moves New York closer to full funding of indigent defense.

“I don’t think it’s going to be enough,” Gradess said. “But it moves us in the direction of maturely looking at the system.”

The New York Law Journal noted that the funding for the expansion will not come from an extra $50-per-year levy on attorney registration fees in the state, which Cuomo had proposed.