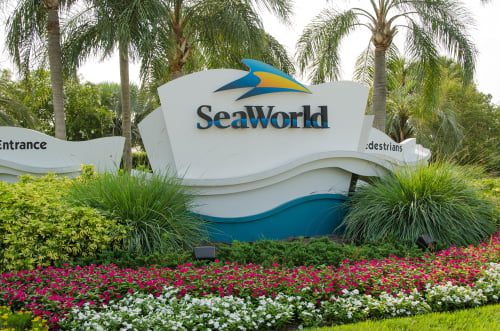 A former corporate lawyer for SeaWorld has pleaded guilty to one count of insider trading for buying company stock last summer after learning of yet-to-be-announced increases in attendance and revenue.

Prosecutors say Powers made a profit of nearly $65,000 on his trades in August.

Powers liquidated all his stock in his Ameritrade account to buy 18,000 shares of SeaWorld stock for about $385,000 on Aug. 2. After SeaWorld announced the better-than-expected increase in revenue and attendance, the stock price rose 17% and Powers sold all his shares.

Powers had learned about SeaWorld’s improving financial condition through his position as a lawyer for the company, prosecutors said.

The Securities and Exchange Commission also accused Powers of insider trading in a civil complaint. Powers agreed to a permanent injunction, with any disgorgement and penalties to be decided by the court, according to a press release.