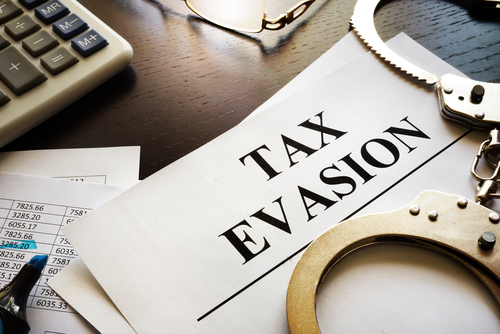 A former tax attorney from the Indianapolis area has been sentenced to 30 months in prison after pleading guilty to tax evasion of more than $2.4 million.

U.S. Attorney Josh Minkler for the Southern District of Indiana announced Thursday that Scott C. Cole, 55, of Brownsburg, Indiana, “intentionally and purposely used his ‘expertise’ to repeatedly obstruct the Internal Revenue Service and to evade his federal tax obligations.” The Indianapolis Star and Indianapolis Business Journal have coverage.

The Indianapolis Business Journal reports that Cole resigned from the Indiana bar in 2014 after the Indiana Supreme Court Disciplinary Commission filed a complaint charging him with filing fraudulent tax returns for 2001 and 2002.

Cole pleaded guilty to tax evasion in April and received his sentence from Chief Judge Jane Magnus-Stinson of the U.S. District Court for the Southern District of Indiana. According to Minkler, the judge said Cole “has a complete lack of respect for the law, for the tax code, his fellow citizens and for the court.”

After his release from prison, Cole will serve two years of supervised release and will be required to pay full restitution to the government.