Good Memories: Use the Right Words to Help the Jury Remember Key Facts of Your Case 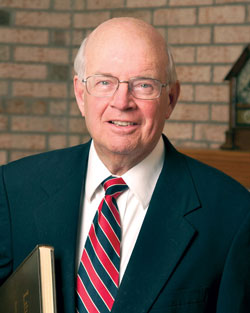 A group of us took Wednesday afternoon off to hear Judge Bramble give an opening statement. At age 62, Miles Wellborne Bramble—the scourge of the court of common pleas—left the bench to start his own litigation “boutique” firm, and he was trying his first case as a lawyer in 30 years.

“Brilliant,” said Cartwright Buchanan when we were walking to the Brief Bag after Bramble’s performance. “His language and diction were impeccable. His logic and organization were exemplary. He laid out every fact he needed to prove his case. I say ‘Bravo!’ ”

“I understood every word,” said Mike. “And the only impression I had after 52 minutes was that this is someone who likes to hear himself talk—just the sort of person who would impress Cartwright Buchanan.”

“I have to agree with Mike,” said Beth Golden. “For all his swagger, I don’t think the emperor was very well-dressed. What do you say, Angus?”

Angus smiled. “Bramble had some things to say,” he said. “But his job was not just to say things. It was also to create memories about his case in the minds of the judge and jury, and I’m afraid he didn’t do that. The only memory he made was about him.

The pad I had taken to Bramble’s trial didn’t have anything on it, so I used it to write down notes about what Angus said.

Click here to read the rest of “Good Memories” from the June issue of the ABA Journal.