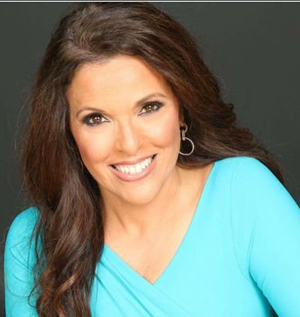 A Gordon Rees partner has stepped down from her management role after saying in a recent Fox News segment that women frequently lie about sexual harassment and that actual victims are “few and far between,” Law.com and Above The Law report.

Mercedes Colwin, who was managing partner of the firm’s New York office, is also a Fox legal analyst. She appeared on Sean Hannity’s show on Nov. 9 to discuss Roy Moore, the U.S. Senate candidate from Alabama who has been accused of sexual misconduct by five women including one who says an incident occurred in 1979 when she was 14.

“And these individuals, a lot of these women, it’s all about money, and they bank on the fact that these corporations have the reputation that they want to save,” Colwin said before adding her comment on actual victims. According to a Gordon Rees biography, Colwin “regularly defends corporate executives from Fortune 500 companies accused of wrongdoing including claims of sexual misconduct.”

A statement from Dion Cominos, firmwide managing partner of Gordon Rees, and published by Above The Law denounced Colwin’s comments without mentioning her directly by name.

“… Contrary to what may have been inferred from what was said during the telecast, the sad reality is that the number of women who likely have not been exposed to such repugnant conduct over the course of their personal or professional lives is, unfortunately, few and far between,” the statement said. “The partner in question has voluntarily stepped down from all management roles within the firm and she is committed to rectifying the hurtful impressions created by her remarks.”

Cominos’ statment came two days after Colwin attempted to clarify her points and apologize in a series of eight tweets on Nov. 10 and 11.

“My intent was not to trivialize or minimize the impact of sexual harassment of any victims of such practices or to condone such behaviors in any setting, whether business or personal,” one tweet said.

“I did not mean to imply nor do I believe, that victims of sexual assault within society at large are ‘very few and far between. I sincerely apologize that I did not express this distinction at the end of my appearance and am deeply sorry for appearing to diminish this very important issue,” she said in her final two tweets of the series.