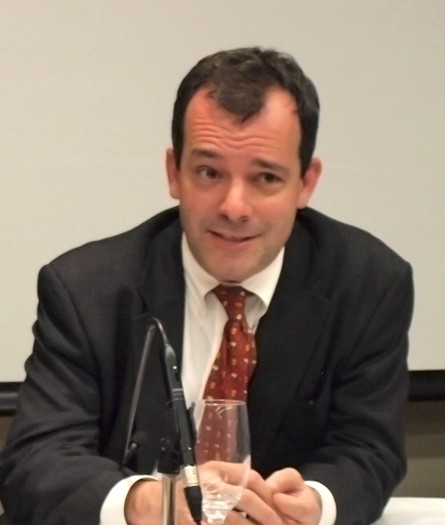 Eight years after being a finalist, John Manning has been selected as dean of Harvard Law School.

Currently the school’s deputy dean, Manning replace Martha Minow effective July 1, the Harvard Crimson reports. Manning has been part of significant decisions made recently by the law school, the New York Times reports. They include accepting the GRE as a law school admissions test, and extending a deferred enrollment program to juniors outside of the university. It’s been reported that both changes are meant to increase diversity in the law school’s applicant pool.

“We want to have a diverse community, which makes for a more lively community,” Manning told the New York Times.

A graduate of Harvard College and Harvard Law School, Manning clerked for the late U.S. Supreme Court Justice Antonin Scalia and U.S. Court of Appeals for the D.C. Circuit Judge Robert H. Bork. Manning also served as an attorney-adviser to the Justice Department’s Office of Legal Counsel during the Reagan Administration, worked as an associate with the Washington, D.C., office of Gibson, Dunn & Crutcher, and was an assistant to U.S. Solicitor General Ken Starr. Prior to joining Harvard Law in 2004, Manning was a professor at Columbia Law School.

Manning was a finalist for the dean spot in 2009, when Minow was ultimately awarded the position, the Harvard Crimson reported.

Manning has served on a university-wide Task Force on Inclusion and Belonging, according to a press release, and HarvardX, a group that integrates the development of instructional approaches and digital tools on campus.

“Having admired John Manning since we were law students together more than 30 years ago, I know he will lead Harvard Law School with the energy, intelligence, collegiality, and good judgment that he brings to everything he does,” U.S. Supreme Court Justice Elena Kagan, who served as Harvard Law’s dean from 2003 to 2009, said in a press release. “He embodies a blend of scholarly accomplishment, devotion to teaching, engagement with practice, and passion for the law that represents the best of our profession.”

As of April, there was no public list of dean candidates, the Crimson reported in an earlier article. Ten law school affinity groups endorsed David Wilkins for the dean spot. The Harvard Law professor, also a finalist in 2009,
heads the school’s Center on the Legal Profession and serves as vice dean for the global initiatives in the legal profession. Groups that endorsed Wilkins include the Women’s Law Association, the Harvard Black Law Students Association and Queer Trans People of Color.

“While we do not know the list of candidates under your consideration, we sincerely believe that Professor Wilkins has demonstrated a strong commitment to innovative legal thought, a deep understanding of the legal profession and legal education, and an unwavering commitment to equality and justice in the rule of law,” representatives of the group stated in a letter to Harvard University president Drew G. Faust.

The letter notes that out of 86 tenured law professors, only nine–including Wilkins–are black, three are Asian and none are Latinx (a gender-neutral term).