Have you ever won elected office? 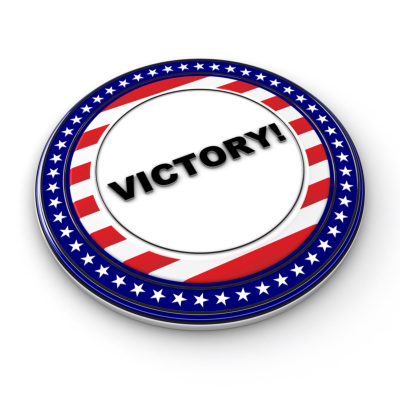 Some ABA members hear the call of political office, and several found success in 2018 midterm elections. They’ve even credited lessons learned through ABA experiences with helping them achieve their political ambitions.

Five years before lawyer Joe Cunningham was elected to the U.S. House of Representatives on Nov. 6, he helped lead the ABA’s Law Student Division as its vice-chair of student bar associations.

The son of Kentucky Supreme Court Justice Bill Cunningham, South Carolina’s new congressman told the Charleston Post and Courier that his work with the ABA included getting a rule banning academic credit on paid externships overturned, and that helped polish his skills for bringing people together.

“In my current job practicing law, 99 percent of the cases I work on end in settlements. Each side comes to the table, and a compromise is made to reach a resolution that is for the betterment of all,” Cunningham, a construction lawyer, told the paper.

Also elected to the House during the 2018 midterm elections was Steve Watkins, a Kansas lawyer who has been associated with the Young Lawyers Division, according to a YLD Facebook post; and Pennsylvania’s Mary Gay Scanlon, the pro bono counsel at Ballard Spahr, whose firm this year was awarded the ABA’s Pro Bono Publico Award.

At the state level, Dayan Hochman-Vigil, treasurer of the Young Lawyers Division, won a seat as a New Mexico state representative, and Mike Pellicciotti, who was on the ABA’s Board of Governors from 2011 to 2014, was re-elected as a Washington state representative.

Watkins is a Republican, while Cunningham, Hochman-Vigil, Scanlon and Pellicciotti are Democrats.

The law is a pipeline profession for state legislative and congressional candidates, regardless of party affiliation, and bar association work could play a role, says Jennifer Lawless, a political science professor at the University of Virginia.

“To the extent that within that profession, people achieve leadership roles and cultivate the connections, experiences and credentials that come with those positions, they will be well-situated to throw their hats into the political ring, as well,” Lawless tells the ABA Journal.

So this week we’d like to ask you: Have you ever been elected into office at a local, state or federal level? Do you feel that work you’ve done in the legal profession gave you a leg up in your political race? Were leadership positions within the ABA or another bar association helpful in achieving that goal?

Read the answers to last week’s question: How do you shift gears to be more productive?

Posted by Claudia Johnson: “Best ideas come when doing crochet or watching the wild birds at the bird feeder, or sometimes just when focusing on helping a partner on using online forms in a very unique way–brainstorming.”