Hackers are increasingly gaining access to systems to mine cryptocurrency, report finds 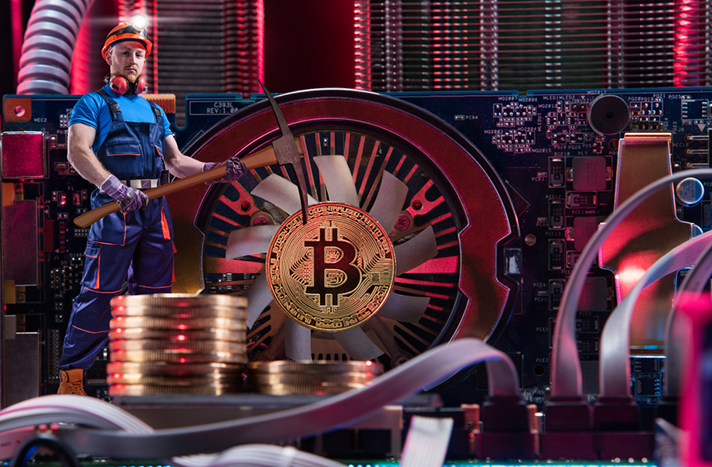 Hackers are using illegal means to create cryptocurrency at an increasing rate thanks to a software vulnerability leaked by the National Security Agency, says a new report shining light on a novel criminal aspect of cryptocurrency.

Illicit cryptocurrency mining—the crypto equivalent to minting money—of Monero, bitcoin and other cryptocurrencies rose 459 percent between 2017 and 2018, according to the Cyber Threat Alliance, the organization that published the report.

“The threat of illicit cryptocurrency mining represents an increasingly common cybersecurity risk for enterprises and individuals,” stated the report.

Mining cryptocurrency requires high-powered computers to complete complicated math problems to create new coins or tokens. Cryptocurrencies like bitcoin are built to release a finite number of coins. Rather than relying on high-powered computers of their own, hackers are illegally gaining access to vulnerable computers and networks, then siphoning computing power towards their mining operation.

The proliferation can be attributed to EternalBlue, an exploit of outdated Microsoft systems that was created by the NSA and leaked in 2017 by the Shadow Brokers, a hacker collective. The exploit was used in the WannaCry and NotPetya attacks of 2017, the former of which crippled DLA Piper in June of last year.

The exploit affects computers that have not updated their Microsoft operating systems. Businesses affected will see their computing resources drained, which may cause physical damage to their IT infrastructure and increase electricity bills, according to the report.

“A security update was released in March 2017. Customers who applied the update are protected,” said Jeff Jones, a senior director at Microsoft, in a statement to Bloomberg. Without the patch, a malicious actor can establish a foothold in a network for illicit mining, which can create an open door for further nefarious acts.

For those who haven’t run proper updates, their systems may aid in the creation of illicit cryptocurrency. Not only does this affect the hacked network, it can push down the value of a currency because of the increased supply.

Eighty five percent of illicit mining targeted the currency Monero. Eight percent affected bitcoin and seven percent was spread out over other currencies, according to the report.

This is just the newest in a string of security and fraud challenges created by the nascent cryptocurrency market. Chainalysis, a bitcoin forensics company, reports that hacks and scams cost people the equivalent of $95 million in bitcoin in 2016, up from $3 million in 2013.

“Illicit mining shows no signs of being just a phase for threat actors, but will likely be a continuous and nearly effortless approach to revenue generation,” warns the report. And it “shows no signs of slowing down.”