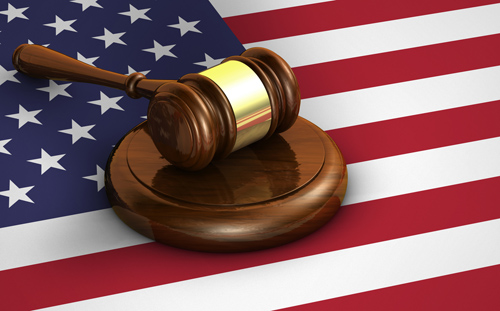 The federal government cannot criminally prosecute immigrants, and then arrest them on immigration detainers after bail is granted, according to a federal judge.

The New York Times reports that in the past few months this has come up in three separate cases assigned to Judge Dora L. Irizarry of the Southern District of New York.

In one of her orders, Irizarry wrote that the government can’t “proceed on a dual criminal prosecution and deportation track.”

The article notes that the Bail Reform Act protects defendants’ rights to be released before trial, and the Immigration and Nationality Act allows the government to deport people who are in the country illegally.

One of the cases involves Keston Lett, a Trinidad and Tobago national who reportedly was picked up at John F. Kennedy International Airport with 2 kilograms of cocaine in his bag. After being charged with importing drugs to the United States, Lett was supposed to be released on $30,000 bail, but was re-arrested on an immigration detainer and sent to a New Jersey detention center, reports the Times.

According to court filings for Lett, his attorney spoke with the U.S. Customs and Border Protection agent who arrested him, and was told that detaining immigrants who had been freed on bail was a policy change.

“The agent verified that, under previous policy, arriving aliens who were charged with federal crimes and released on bail pursuant to the Bail Reform Act, were routinely released after a brief detention at JFK,” Michelle Gelernt, an attorney with the Federal Defenders of New York, wrote in a court filing. “The CBP agent further informed defense counsel that, as a result of a recent executive order, CBP was now instructed to request ‘bed space’ in an immigration detention facility for arriving aliens charged with federal crimes, but released on bond.”

Teddy Camlen, a CBP spokesperson, told the newspaper that the government’s authority to use detainers when bail is granted is not new, but it’s only been enforced recently.