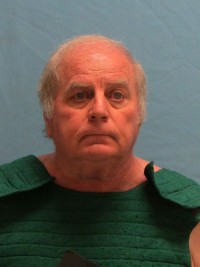 An former judge in Arkansas has been sentenced to five years in prison for dismissing pending cases in exchange for “community service” that consisted of photos of defendants in compromising positions and other sexual conduct.

O. Joseph Boeckmann of Wynne, Arkansas, had admitted in his plea agreement that he used his access to defendants in misdemeanor and traffic cases to take the photos, and then told the young men not to tell anyone about their “community service,” according to a Justice Department press release. The Washington Post, the Associated Press, the Arkansas Times and Courthouse News Service have coverage.

Boeckmann, listed as 71 in the DOJ release but 72 in the AP story, also tampered with a witness after learning he was under investigation by directing another individual to pay the witness to recant, according to the Department of Justice.

Federal prosecutors said in a sentencing memorandum that the FBI had investigated similar conduct by Boeckmann when he was a part-time deputy prosecuting attorney in an eastern Arkansas county in the 1990s. Federal prosecutors declined to prosecute the earlier incidents with the understanding that Boeckmann would resign.

“Nonetheless, a few years later the defendant ran for and was elected as a district court judge and undertook the same course of conduct, but from a different vantage point in the courtroom,” the sentencing memo says.

Boeckmann, who resigned in May 2016, was also fined $50,000 and ordered to serve three years of supervised release after completing his sentence.