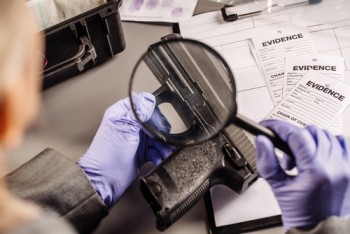 The Justice Department has created an internal team led by a former state prosecutor to monitor the accuracy of forensic testimony in criminal cases over an outside advisory group of experts and stakeholders, which the Wall Street Journal (sub. req.) described as a victory “over academics and defense attorneys”

The battle over “junk science” used in wrongful convictions has picked up in recent years, especially after the National Academy of Sciences reported in 2009 that testing of hair samples, bite marks, ballistic reports and handwriting analysis was flawed.

The report included criticism that a lack of standards and funding for crime labs and staff was due in part to law enforcement having control over the system, the Washington Post reported in April, when Attorney General Jeff Sessions said he would not renew the National Commission on Forensic Science, comprised of approximately 30 scientists, judges, crime lab leaders, prosecutors and defense attorneys.

The DOJ’s move to disband the outside experts developing guidelines for forensic evidence was yet another reversal law enforcement initiatives by the Obama administration. The commission had been created in response to criticism that prosecutors were persuading courts to accept questionable scientific evidence.

For example, the Innocence Project at the Cardozo School of Law in New York City, found that forensic evidence was misused in nearly half of the 350 cases in which it used DNA to help exonerate wrongly convicted defendants.

Sessions has reversed DOJ direction on several Obama administration criminal justice policies, including ones for avoiding long mandatory minimum sentences for low-level, non-violent drug offenders; for cutting back on use of private prisons; and pulling back from heightened scrutiny of police departments accused of civil rights abuses.

Last year, DOJ said it was reviewing testimony by FBI experts who allegedly overstated testimony concerning microscopic hair and chemical bullet evidence, but that inquiry was suspended while the internal task force reviews options, the ABA Journal reported in April.

Leading the new internal DOJ effort, called the Forensic Science Working Group, is Ted Hunt, who had been on the outside advisory commission and is a former state prosecutor in Kansas City, Missouri. He will be the senior advisor on forensics.

“His skill set will be of great value to the criminal justice system nationwide,” says Jason Lamb, executive director of the Missouri Association of Prosecuting Attorneys.

But another member of the now-defunct commission says the new arrangement is problematic.