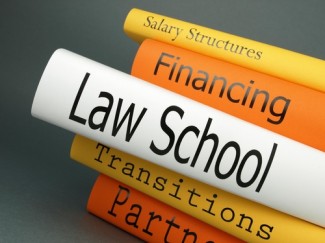 There’s a 0.7 percent decrease in law students at ABA-accredited schools between 2017 and 2016, according to data released Friday.

And for the first time, law schools’ bar passage rates are not included in the Standard 509 reports. That information will be reported in a separate questionnaire, and the section expects that it will be available to the public in March 2018, according to a news release.

The reports are required for accredited law schools, and they can be found on a ABA Section of Legal Education and Admissions to the Bar website, or the schools’ individual sites. The data at the section’s website can be searched and sorted, allowing for school-by-school comparisons. The Information in the reports include tuition costs, class sizes an students’ average GPA and LSAT scores. The information is verified by the legal ed section and the Law School Admission Council.

“The increase in non-JD enrollments is significant and suggests that some schools are successfully leveraging these programs for increased revenue. This is a market advantage enjoyed by only a relatively few schools, however. Most schools will still live or die behind their JD enrollments,” Aaron Taylor, executive director of AccessLex Center for Legal Education Excellence, told the ABA Journal.

In terms of law student enrollment, the numbers may show that the bottom of the downturn has been reached, but it’s doubtful that they’ll return to pre-2011 numbers anytime soon, Taylor says.

He mentioned the recent increase in people taking the LSAT, something legal academics refer to as the “Trump Bump.” As of Oct. 30, the number of registrations for the December LSAT was 21.4 percent above the total at the same time last year.

“With LSAT administrations trending up and the GRE being accepted by an increasing number of schools, it is possible there will be another slight bump in fall 2018, though that could be tempered by school closures,” Taylor says.

Jerome M. Organ, a professor at the University of St. Thomas School of Law who frequently uses law school data in his academic writing, says that the 509 information released Friday is about what he expected it would be.

“The applicant pool was essentially flat, so it is not entirely surprising that the number of first-years is up only very slightly,” he told the ABA Journal.