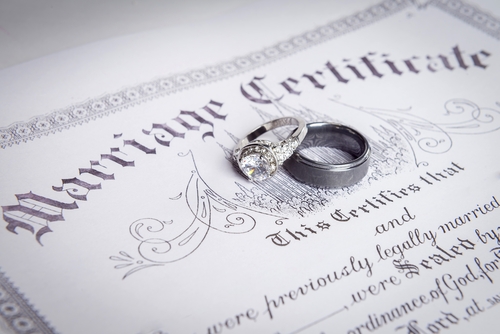 A Dallas lawyer has been indicted for allegedly arranging a sham marriage to allow his assistant to gain lawful permanent resident status.

Lawyer Bilal Ahmed Khaleeq, 47, and his assistant, Amna Cheema, 37, were both charged with conspiracy to commit marriage fraud, report Dallas News and NBC DFW. Press releases are here and here.

Khaleeq is accused of soliciting a naturalized U.S. citizen, described as “Person A,” to marry Cheema, a Pakistani national. Person A received a $745 payment and was promised more money after approval of Cheema’s permanent residence application, prosecutors allege. Cheema and Person A were married in June 2015.

Khaleeq allegedly advised Cheema on how to file the immigration paperwork and represented Cheema and Person A in an interview with U.S. Citizenship and Immigration Services.

Khaleeq allegedly advised about the types of supporting documents needed to make the marriage appear legitimate, such as joint bank accounts and tax returns. He also allegedly advised Person A to keep some clothing at Cheema’s residence to make it appear he lived there.

Khaleeq told Dallas News he is innocent. “I’m going to deny all the allegations” in the indictment, he said. “They think I helped them commit the fraud, which I did not.”

The maximum penalty for a conviction is five years in federal prison and a $250,000 fine.