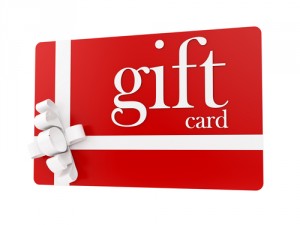 Wisconsin disciplinary officials are recommending a private reprimand for a lawyer accused of offering a gift card to a Winnebago County court assistant after he spoke with her in an “agitated and angry tone” about a default judgment entered against his client.

The Office of Lawyer Regulation filed the complaint against lawyer Kirk Everson of Fond du Lac late on May 28, FDLReporter.com reports.

Everson had sought a continuance for the September 2013 trial in Winnebago County because it was scheduled the same date he was to appear for a case in Vilas County, according to the complaint. The court assistant informed Everson’s office that the trial would not be rescheduled.

According to the disciplinary complaint (PDF), Everson didn’t show up for the Winebago County trial, spurring Judge Thomas Gritton to declare Everson’s client in default. “I didn’t give him permission not to be here,” Gritton said. “You don’t get to just not show up. It is not the way it works. And he had nothing from my office or from me directing him that he didn’t need to be here. I’m going to find him in default. I’m going to set a sentencing date and see what he has to say.”

When the court assistant informed Everson of Gritton’s decision, Everson responded that he was being railroaded by the court and by the assistant city attorney, the complaint says. “Everson’s tone was agitated and angry,” according to the complaint.

That afternoon, Everson visited the courthouse and “tossed a gift card” on the court assistant’s desk, the disciplinary complaint alleges. She informed Everson she could not accept it and put it on a counter near Everson.

Everson said words to the effect of, “What, I don’t see anything,” but eventually took the card back, the complaint says.

Everson did not immediately respond to the ABA Journal’s request for comment.