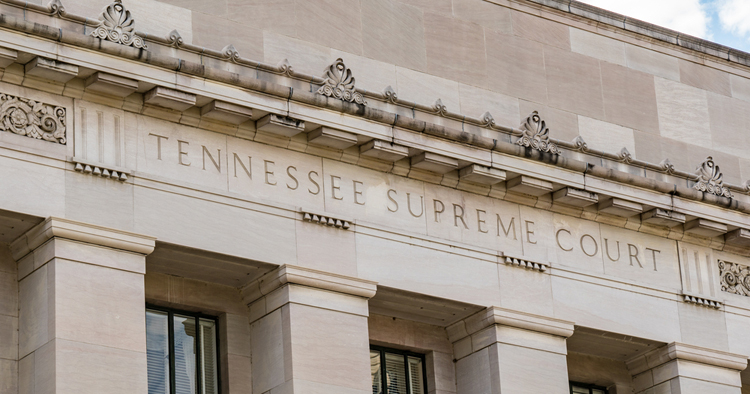 Update: A Memphis, Tennessee, lawyer has been suspended for filing motions accusing appellate judges of “rigging the game” and describing an opinion as a “purposeful fabrication.”

The Tennessee Supreme Court suspended Larry Edward Parrish for six months, with 30 days served on active suspension and the remainder on probation. The Legal Profession Blog published the state high court’s summary and linked to the Aug. 14 decision.

Parrish’s statements were not protected speech under the First Amendment or the provision in the Tennessee Constitution protecting free expression, the state supreme court said in an opinion by Justice Sharon Lee.

Parrish had made his statements in motions to recuse three judges on the Tennessee Court of Appeals after the court dismissed his appeal in trust litigation. Parrish initially represented the nephew and niece of the woman who established the trust for her son—the beneficiary. The niece and nephew had claimed they were entitled to the remaining assets after the beneficiary’s death rather than the charities named in the trust.

Parrish sought a declaratory judgment that the trust was invalid, and lost the case. When the nephew was appointed as administrator of the beneficiary’s estate, Parrish filed a petition against SunTrust Bank asking it to turn over the trust assets because the trust was invalid. A probate judge tossed the case on the grounds of res judicata.

The Tennessee Court of Appeals, in a decision by then-Judge David Farmer, agreed that the issues had been decided in a previous case, said Parrish’s appeal was frivolous and decided that the bank should be awarded attorney fees. Among the statements Parrish made in the recusal motion:

• “This is not about miscalling balls and strikes; this is about rigging the game.”

• Farmer “adjudicated the appeal in the instant case so as to violate the rights of estate guaranteed by the Tennessee Constitution … thereby, engaging in judicial misconduct.”

• The opinion dismissing his case was “an aberrant misstatement of clear law” known by Farmer.

• Statements in Farmer’s opinion about past rulings are “a convenient and illegitimately purposeful fabrication.”

• Farmer “turns a deaf ear fixated on making a result that satiates [his] sympathies.”

The Tennessee Supreme Court said past court decisions in the state have distinguished between in-court and out-of-court statements by lawyers when evaluating First Amendment protections. Pejorative in-court statements made in motions and other pleadings are not entitled to First Amendment protection when they are prejudicial to the administration of justice, the court said, citing a 2004 opinion.

The state high court cited a New York Court of Appeals decision that said the U.S. Supreme Court had never applied an actual malice standard to lawyer discipline. If the standard did apply, all accusations would be immunized—no matter how reckless or irresponsible—as long as the lawyer did not have serious doubts about their truthfulness, the New York court had said.

The Tennessee Supreme Court agreed with that reasoning and adopted an objective “reasonable attorney” standard to review in-court speech. Using the objective standard, a hearing panel had found that Parrish made statements about the integrity of the appellate judges that a reasonable attorney would believe to be false, and Parrish had made those statements with reckless disregard to their truth or falsity. The Tennessee Supreme Court agreed with the finding.

“Mr. Parrish’s attempt to justify his conduct by claiming that he is on a crusade for judicial reform misses the point,” the state supreme court said. “This case is not about Mr. Parish’s beliefs in judicial reform. Rather, this case involves Mr. Parrish’s in-court derogatory statements about the integrity of three appellate court judges in violation of the Rules of Professional Conduct.”

Parrish told the ABA Journal in an interview on Friday that he respectfully disagrees with the Tennessee Supreme Court opinion. Parrish said there are inconsistencies in the opinion and differences among the states on whether ethics regulators have to prove a lawyer’s statements are false before imposing discipline.

Some states that discipline lawyers for their statements require evidence of falsity, and some states—including Tennessee—only require that a reasonable lawyer would believe the statements to be false, according to Parrish.

Parrish said he has never conceded that his statements are false, and he sought to prove his statements were true by seeking discovery. His discovery requests were denied, however.

“You’ve got the hearing panel saying I didn’t do anything dishonest and I didn’t make any misrepresentations, Parrish said, “but they found that a reasonable lawyer would believe that I had.”

Parrish filed a petition for rehearing on Aug. 22. Parrish said the supreme court did not cite any part of the record “that provides either a scintilla or an iota of evidence of any kind that petitioner’s statements were false.” Nor was there any evidence that he knew or conceded that any evidence was false, he added. “Au contraire,” he wrote.