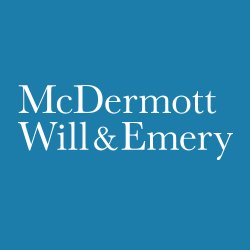 Leaders at McDermott Will & Emery reportedly expect to hire about 50 lawyers from DLA Piper in the practice areas of real estate finance, employment and litigation.

The expected hires include partners, associates and counsel, according to an internal memo obtained by Bloomberg Big Law Business and the American Lawyer. The memo was written by McDermott chairman Ira Coleman.

McDermott acquired 21 of those lawyers last month. They included a group of four with experience in complex structured financial and real estate transactions and whose acquisition was announced in this press release. The firm also plans to open a San Francisco office with many of the new hires, the internal memo says.

When the hires are complete, McDermott expects the revenue impact will amount to $100 million annually, the memo says.

DLA Piper and McDermott did not immediately respond to requests for comment by the ABA Journal. A McDermott spokesperson confirmed the new hires in a statement to Bloomberg and the plans to open a San Francisco office.

A January story by the American Lawyer said DLA has made several lateral acquisitions this year. It had more than 3,600 lawyers in 2017. McDermott has more than 1,000 lawyers, according to the firm.

Next:
Leader of Justice Department unit is demoted after questions about bias, 'sexualized' workplace