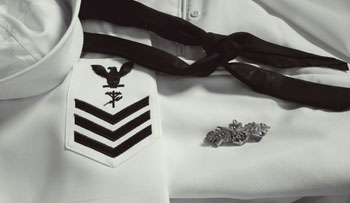 A conviction against a Navy SEAL accused of rape was tossed Wednesday by the U.S. Court of Appeals for the Armed Forces because of unlawful command influence by the Navy’s top attorney.

The 3-2 opinion involves Keith E. Barry, a senior chief special warfare operator, who was court-martialed in 2014, and Vice Adm. James W. Crawford III, who serves as Judge Advocate General of the Navy, the Navy Times reports.

Crawford was reportedly concerned about political pressure regarding how the military handled sexual assault accusations, and defense attorneys claim that a rear admiral was misled into thinking that he could not order a new trial for Barry or vacate the sentence.

Traditionally, military courts hold commanding officers culpable for unlawful command influence but not the lawyers who provide counsel to the officers, according to the article.

“While we do not question … Crawford’s motives or believe he acted intentionally, the plain language of (the Uniform Code of Military Justice) does not require intentional action,” the opinion states.

Judges who joined the dissent held that while Crawford and his predecessor may have discussed political pressure with the rear admiral, there was no evidence that they did so as a way to influence his action in Barry’s case.

Barry claims he had consensual sex with a woman who accused him of rape in 2014, the San Diego Union-Tribune reports. Rear Adm. Patrick Lorge, who then served as commander at the Navy Region Southwest, wanted to overturn Barry’s verdict, on the basis that he thought Barry may not have committed the crime, and he didn’t think the judge was objective, according to the article.

Vice Adm. Nanette DeRenzi, the Navy’s former Judge Advocate General, reportedly told Lorge there was tension from Congress regarding the military not taking sexual assault accusations seriously, the article states. Crawford, who replaced DeRenzi in June 2015, reportedly told Lorge in a private conversation to not “put a target on my back.” Lorge claims that his impression from the exchange was that he couldn’t order a new trial for Barry or vacate the sentence.

Besides tossing Barry’s conviction, the opinion states that he can’t be tried by the military again. In a written statement about the opinion sent to the Navy Times, Lt. Cmdr. Daniel L. Day, wrote that the “Department of the Navy is aware of the court’s opinion and is currently in the process of reviewing it.”

David P. Sheldon, Barry’s defense counsel, told the Union-Tribune that he will seek rank restoration for Barry and back pay for the three years he spent in military prison.