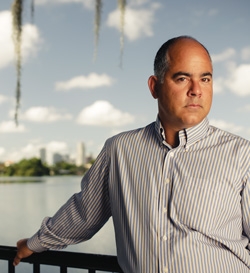 If there’s such a thing as a typical military rape case, it might start like a typical civilian rape case.

Men and women may be drinking together. The woman may pass out. The next day she would allege that she was sexually assaulted and claim that her drink was drugged. If these were civilian co-workers, the decision about whether to prosecute would be in the hands of a professional prosecutor.

But in the military, the commanding officers have that power and more. Although they don’t necessarily have law enforcement or legal training, commanding officers have discretion on whether to drop the charges, convene a court-martial or impose a less serious nonjudicial punishment. They receive advice from military prosecutors—and usually follow it, military attorneys say—but the final decision is theirs.

And when cases do go to a court-martial, commanding officers have absolute clemency power. The officer who convened a court-martial (called the convening authority) is able to throw out the resulting guilty verdict entirely, or reduce it as much as he or she pleases. No explanation is required. It’s a system based on the military’s culture of respect for the commanding officer, whose authority is thought to be vital to “good order and discipline.” Military observers say there’s no comparing civilian bosses to commanding officers because in the military, obeying orders can mean life or death.

But after criticism of how it handles sexual assault, the military justice system is facing calls for change.

Click here to read the rest of “An Attack on Assaults” from the September issue of the ABA Journal.