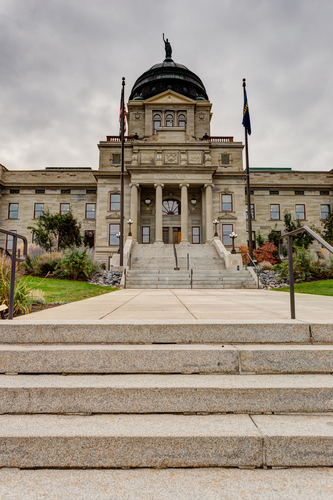 The model rule, passed by the House of Delegates at the 2016 Annual Meeting, makes it a violation of professional responsibility to discriminate or harass on the basis of race, sex, religion, national origin, ethnicity, disability, age, sexual orientation, gender identity, marital status or socioeconomic status in conduct related to the practice of law. The rule was controversial both within and outside the ABA, although the Standing Committee on Ethics and Professional Responsibility worked to address concerns raised by other ABA sections.

Those changes may not have been enough for the Montana legislature, whose Joint Resolution No. 15 says the model rule infringes on the First Amendment rights of people licensed to practice law in Montana, and “seeks to destroy the bedrock foundations and traditions of American independent thought, speech, and action.”

The resolution is also critical of the Montana Supreme Court, which invited public comment on the model rule in October. The resolution says public comment was overwhelmingly opposed, but the court “relentlessly pursues adoption” of the rule by extending the time to consider it. This, the legislature said, overreaches the high court’s authority to regulate the conduct of attorneys—it says “the word ‘conduct’ clearly does not include the concept of ‘speech’”—and usurps the legislature’s power to make laws.

“Contrary to the ABA’s world view, there is no need in a free civil society, such as exists in Montana, for the cultural shift forced by the proposed rule, and even if such a need did exist, the Supreme Court has no constitutional power to enact legislation of any sort, particularly legislation forcing cultural shift,” the resolution says.

“Revised Rule 8.4 is a reasonable, limited and necessary addition to the ABA Model Rules of Professional Conduct,” Klein said. “As has already been shown in the more than two dozen jurisdictions that have such a rule, it will not impose an undue burden on lawyers and their free speech and association rights.”

Indeed, as of July, the ABA Standing Committee on Professional Discipline said there were 25 states with black-letter legal ethics rules forbidding discrimination or harassment. That information was provided to the Montana Office of Disciplinary Counsel, according to a written comment (PDF) the office submitted to the Montana Supreme Court April 11. The comment suggested that the high court adopt a narrower rule than the model rule, based on Illinois Supreme Court Rule 8.4(j). That comment was among more than 300 public comments on the rule change received by the high court, not all of which came from attorneys. Many arrived in the first two weeks of December, which was also when the court extended the deadline for comment.

The resolution is at least the second statement of opposition to Model Rule 8.4(g) from a state government. In December, Texas Attorney General Ken Paxton issued an opinion saying the rule violates attorneys’ right to free speech and would not hold up in court. That opinion was submitted to the Montana Supreme Court for consideration.

The model rule has also been criticized by First Amendment scholar and UCLA law professor Eugene Volokh. He reiterated Wednesday at the Volokh Conspiracy that he believes the rule is so broad that it captures protected political speech, and that harassment and discrimination is better dealt with through employment law.