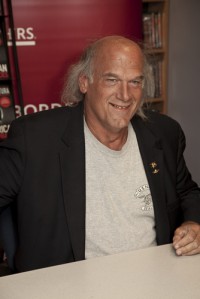 A $1.8 million defamation verdict awarded to Jesse Ventura, a former professional wrestler who also served as the governor of Minnesota, has been vacated.

The case stems from an alleged altercation with Ventura described in American Sniper, a memoir written by former Navy Seal Chris Kyle. Ventura, whose real name is James George Janos, claims that the incident never happened, according to the Star Tribune. The federal jury in Ventura’s case voted 8-2 in his favor after six days of deliberations that resulted in a deadlock.

Kyle was shot and killed in 2013 at a Texas shooting range. According to the opinion (PDF), published Monday, Kyle described punching someone he called “Scruff Face” at a California bar, where he and some friends went after the funeral of a fellow SEAL. During a 2012 interview promoting his book on Fox News’ The O’Reilly Factor, Kyle said that it was Ventura in the bar fight.

In a 2-1 finding, the St. Louis-based 8th U.S. Circuit Court of Appeals found that the trial court allowed prejudicial information to be put before the jury, centering on trial testimony regarding whether insurance covered the legal representation for Kyle’s estate in the defamation suit. The majority also tossed the award for “unjust enrichment.”

“The jury determined $500,000 would ‘fairly and adequately’ compensate Ventura for Kyle’s defamation, but then suggested an award of approximately $1.35 million for unjust enrichment, which required the jury to find the opposite—that the defamation award was an inadequate remedy,” the court wrote.