'Once Upon a Deadpool' has fun with Christmas, but is it really religious discrimination? 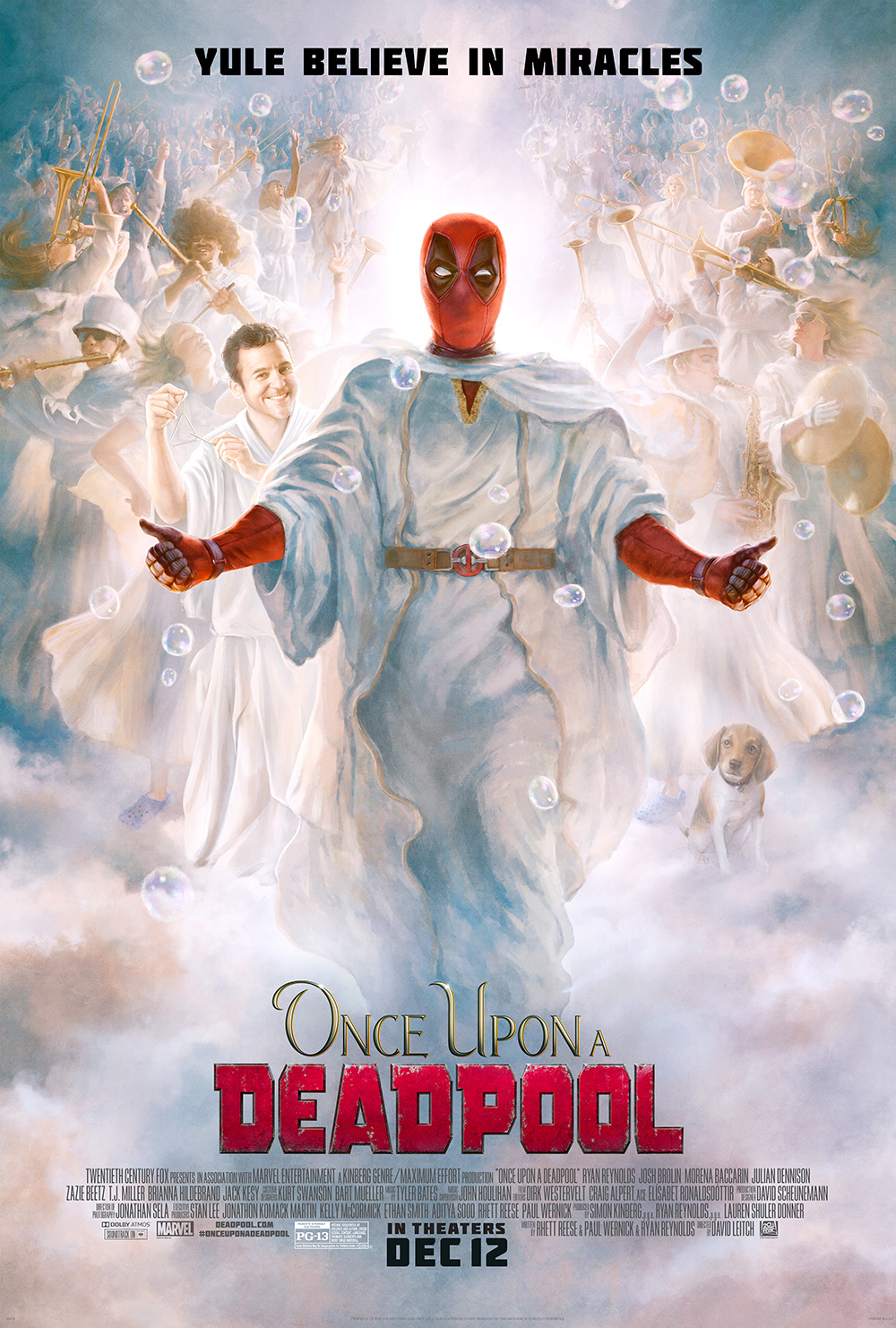 Thank you, Deadpool franchise. Not only have you already delivered two great installments detailing the misadventures of everyone’s favorite “merc with a mouth,” but you’ve also provided me with some holiday-themed fodder for my latest column. For that, I am truly appreciative.

I haven’t seen the latest Deadpool release—Once Upon a Deadpool—so I can’t speak to the film’s merits. That might strike some of my regular readers as a surprise. It’s no secret I love comic book movies, and they’ve been the basis of some past articles. And no, I’m not boycotting the film due to its PG-13 rating (the original Deadpool—which is amazing, by the way—is the highest grossing R-rated movie worldwide). In fact, I’d love to go catch it in the theater … it’s just tough with a 5-month-old.

The other reason? The film is a rerelease of Deadpool 2.

“Why rerelease a film less than a year after its original run?” you might ask. Well, first and foremost, this is actually the third release this year (it was originally rereleased over the summer as Deadpool 2: The Super Duper Cut … so the latest installment is actually a re-rerelease), so there’s a bit of a trend here. Second, it looks to be a great cash grab. Once Upon a Deadpool cleared nearly $1 million for its opening act. Third, it’s the holidays! Why not capitalize on the entire “under-18” crowd with an edit that cleans up the language and removes some of the blood and guts?

What’s the problem, and who’s complaining?

So, what could be so wrong with a reedit that arguably makes the film more user-friendly and less offensive? Well, the latest complaints aren’t about the movie itself. They are aimed at one of the film’s movie posters. Someone even started a petition on Change.Org alleging the movie poster mocks The Church of Jesus Christ of Latter-day Saints.

According to the petition and the person who posted it, the image on the poster is “a form of religious discrimination” against LDS practitioners. The Once Upon a Deadpool movie poster is a parody of a painting known as “The Second Coming”—originally created by Harry Anderson—which is often hung in LDS meetinghouses. The sentiment was echoed by Patrick Mason, the chair of Mormon studies at Claremont Graduate University. He notes that the painting is “an important part of LDS religious belief.”

The Once Upon a Deadpool movie poster appears to be nondenominational in its offense to Christians. The initial backlash seemed to be somewhat limited to LDS practitioners, as logic would lead them to notice the similarities between their sacred painting and a parody much sooner. Regardless, others who do not belong to that church, but who follow the teachings of Jesus Christ in their own religion, have also voiced their displeasure with the poster.

Honestly, I can see where some might get offended. If you look at the movie poster and the painting side-by-side, it’s clear that the poster is a parody of the original painting with the Deadpool character cast in place of Jesus Christ. It’s difficult to argue that the depiction is meant to be anything other than secular in nature. There is no “Church of Deadpool” that I could find. Regardless, I can understand how an individual would be upset by the substitution of a notoriously foul-mouthed and ethically-bent anti-hero in place of Jesus. Consequently, there was bound to be some religious blowback. But is it “discrimination?”

Is the issue really “religious discrimination”?

Although the complaints are real, and there are obviously people who are offended, the poster isn’t really religious discrimination … at least in the legal sense. How is anyone discriminated against by a movie poster? I guess protestors could try to argue the poster is an intentional attempt to exclude LDS practitioners from the movie’s audience, but that’s a stretch, as are claims the production company intentionally pokes fun at LDS practitioners and Christians as a whole. I don’t recall any “Mormon-bashing” in the series, and if it’s a jab at the Church of Jesus Christ of Latter-day Saints it’s much more veiled than treatment by other series, such as South Park, which has outright lampooned Joseph Smith and the Book of Mormon.

Throughout the last 150 years, the U.S. Supreme Court has had various opportunities to review arguable instances of “religious discrimination.” In Reynolds v. United States (1879), the court unanimously upheld a federal law banning polygamy, regardless of the activity’s basis in certain religious beliefs. If criminalizing a portion of your religious practice isn’t considered “religious discrimination,” then a movie poster probably won’t foot the bill either.

SCOTUS has decided a litany of cases in which individuals complained “religious discrimination” occurred in certain school settings. Everyone is familiar with the school prayer line of opinions. Likewise, you’d be hard pressed to find a person unaware of the historical legal struggle between “creation science” and evolution. Anyone who espouses creation science could argue discrimination against their religious beliefs when evolution is taught; regardless, laws either outlawing the teaching of evolution or requiring the teaching of creation science have continually been found unconstitutional.

And when Masterpiece Cakeshop refused to sell a wedding cake to a same-sex couple, the Supreme Court, in a high-profile 2017 decision, did not reach the merits of the interplay between anti-discrimination laws and the First Amendment’s religious protections. In that situation, we saw the notion of “reverse-religious discrimination” at play. The owners of the bakery argued a state law, which required them to provide services on an equal basis regardless of sexual orientation, violated their right to discriminate against others based on the owners’ religious beliefs. The holding in that case, Masterpiece Cakeshop v. Colorado Civil Rights Commission, was very narrow and focused more on religious neutrality.

Finally, unless there’s been a complaint from employees of 21st Century Fox, there’s no argument that complaints about the poster could run afoul of employment laws and EEOC protections. If there’s information to suggest the Change.Org petitioner worked on the Once Upon a Deadpool project, I haven’t seen it.

So, long story short: The Once Upon a Deadpool poster is not religious discrimination. There’s really no valid argument to back the claim. At worst, the movie poster is in bad taste and at best a great allegory for a movie’s rerelease.

Regardless of whether the petition’s creator erroneously referred to the allegations as “discrimination”—or whether the creator of the petition honestly feels discriminated against—there most likely won’t be any recourse. The poster is already out there, the film is already in theaters, and its re-release status almost guarantees the film won’t have as long a run at the theaters as its predecessor.

Hopefully, the production team behind the film hears the complaints, and if nothing else, decides not to use the movie poster’s image for the cover of the DVD/Blu-ray release. Now that’s holiday cheer.