One of America's wealthiest corporate lawyers is retiring 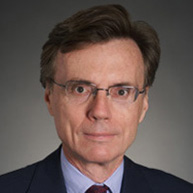 Gregory Palm won’t have to worry about money in retirement when he steps down as co-general counsel of Goldman Sachs.

Palm, 70, is one of America’s wealthiest corporate lawyers, having raked in an estimated $500 million in Goldman shares, dividends, distributions from firm-managed funds and proceeds from stock sales, Bloomberg reports. His retirement after 26 years of service was announced in a memo to staff on Wednesday.

Palm owns more than a million shares in Goldman stock, more than anyone at the firm, according to Bloomberg. He had joined the firm before its initial public offering in 1999.

Sources told Bloomberg that Palm was slated to retire last year, but he remained on board as the investment bank was investigated in connection with its work tied to Malaysian investment fund 1MDB.

Palm represented Goldman Sachs in congressional testimony during the financial crisis. He also defended claims the bank misled investors in mortgage securities, including purchasers of a so-called Abacus investment that was allegedly designed to fail.

Previous:
Have you ever thought about writing a book?