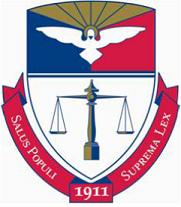 Thomas R. Kline, a Pennsylvania plaintiff lawyer, has donated $7.5 million to Duquesne University School of Law, to set up a continuing legal education program for state court judges there.

The Pennsylvania Supreme Court recently ruled that all state court judges must take at least 12 hours of CLE annually, and the classes to be offered by Duquesne will be free, Philly.com reports. The Thomas R. Kline Center for Judicial Education will work with the Administrative Office of Pennsylvania Courts and other law schools there to design curriculum, which will be taught by law professors as a public service, according to the article. Classes will also be offered by psychology, health sciences and ethics experts.

The donation from Kline, a 1978 Duquesne Law graduate, is the largest in the Pittsburgh school’s history, according to a press release.

“I am a trial lawyer who has spent my entire career in the courtrooms of Pennsylvania, and I firmly believe that this is an investment in the high quality of justice,” Kline told Philly.com.

Kline also donated $50 million to the Drexel University law school in in Philadelphia in 2014, to fund scholarships, add faculty and expand their trial advocacy program,according to the article. The school was renamed the Thomas R. Kline School of Law.