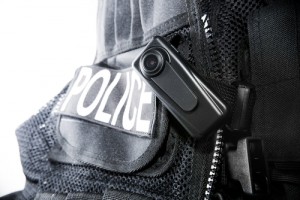 Police-worn body cameras fall short of their promise, according to a new study.

The Lab @ DC, a team of behavioral and data scientists from the office of Washington mayor Muriel Bowser released the results of one of the nation’s largest field studies of the devices. The results suggest “we should recalibrate our expectations of [body-worn cameras’] ability to induce large-scale behavioral changes in policing,” according to the study’s working paper.

The Lab partnered with the Metropolitan Police Department to randomly assign officers body cameras. The study included 2,200 of the department’s 3,800 officers, making it “one of the largest and most rigorous studies on this issue to date,” according to the study’s website.

Tracking the rollout and impact of body-worn cameras in the nation’s capital over a two-year span, the study primarily documented uses of police force and civilian complaints. In both instances, the research said the cameras created no significant change in behavior. However, they note on the website that “we cannot rule out that BWCs cause small decreases or small increases on these two outcomes.”

In other words, the adoption of body-worn cameras “had no detectable, meaningful effect on documented uses of force.” The study revealed similar findings with regards to civilian complaints.

In 2013, according to a survey conducted by the Police Executive Research Forum, approximately 75 percent of 254 police departments that responded to a survey indicated that they did not use body cameras.

Since the death of Michael Brown—which was not recorded—in 2014 in Ferguson, Missouri, body-worn cameras became a technology sought after by police reform organizations, police departments and was a part of the Obama administration’s national police reform efforts.

Two studies published in 2015 on police body cameras within local police departments found that the cameras had a significant impact on use of force and civilian complaints.

The Orlando Police Department yearlong study found that the devices had a significant impact on use of force and civilian complaints. A press release from the city of Orlando said the study results suggested body-worn cameras “are an effective tool to reduce response to resistance incidents and complaints.”

A yearlong experiment conducted by the Rialto Police Department in California in 2012 (the results were published in 2015) found that among officers who were wearing cameras, use-of-force fell 59 percent and complaints against officers fell 87 percent.

However, another 2015 report (PDF) of existing and ongoing research knowledge relevant to body-worn cameras conducted by George Mason University’s Center for Evidence-Based Crime Policy found that there were “significant gaps in our knowledge” regarding the impact of police-worn body cameras.

The Lab @ DC researchers hope to conduct further studies into the impact of body cameras on the training of police cadets and justice system legitimacy.