Drivers whose blood carries trace amounts of a metabolite of marijuana can not be found guilty of driving while intoxicated unless there’s actual evidence that the drug impaired them, the Arizona Supreme Court found Tuesday.

The opinion (PDF) involves a driver stopped for a traffic violation, Capitol Media Services reports. Hrach Shilgevorkyan was given a blood test, and Carboxy-THC was found in his system. Shilgevorkyan told officers when stopped that he had smoked marijuana the night before, and he voluntarily submitted to a blood test. He was charged with driving while having an illegal drug in his body. 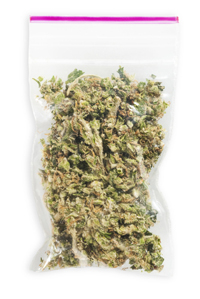 A trial judge dismissed the charges against the man, who in a pretrial motion argued that the blood test did not reveal the presence of THC, or “its metabolite,” Hydroxy-THC. The state, which according to the opinion presented expert witness testimony that it did not test for that because it doesn’t “exist in the blood for very long” and converts quickly to Carboxy-THC, filed an appeal. According to Capital Media services, Carboxy-THC can remain in someone’s bloodstream for up to 30 days.

The opinion provides protection for Arizona’s more than 40,000 medical marijuana users and for drivers visiting from Washington or Colorado, where recreational marijuana use is legal, the article states.

The opinion reverses a 2012 memorandum decision (PDF) by the state appellate court, which found that state law prohibiting “driving with a proscribed drug or ‘its metabolite’ includes the metabolite Carboxy-THC.”

Arizona legalized medical marijuana in 2010. The Arizona Supreme Court opinion does not mention whether Shilgevorkyan had a prescription for medical marijuana, but does note that the state’s position could be problematic for residents who use the drug legally.

“This interpretation would create criminal liability regardless of how long the metabolite remains in the driver’s system or whether it has any impairing effect,” Justice Robert Brutinel wrote for the majority. His ruling notes that the way the law is worded, “if a metabolite could be detected five years after ingesting a proscribed drug, a driver who tested positive for trace elements of a non-impairing substance could be prosecuted.”