Presidents of Arizona Summit and Cooley Law are leaving their positions

Both Donald Lively, the president of InfiLaw’s for-profit Arizona Summit School of Law, and Don LeDuc, the president and dean of Western Michigan University Thomas M. Cooley Law School, are leaving their positions.

LeDuc, who has two had stints leading Cooley, is retiring at the end of August, the Lansing State Journal reports. According to the article, Jeffrey Martlew, a former Michigan county circuit court judge who graduated from Cooley Law in 1976, will serve as the school’s interim dean.

“Looking back, I derive the greatest satisfaction from helping thousands to realize their dreams of attending law school and becoming lawyers and along the way helping to bring a little more diversity to the legal profession,” LeDuc told the ABA Journal in an email.

Lively, the founding dean of Florida Coastal School of Law and Phoenix School of Law, which later became Arizona Summit, told the ABA Journal that he has thought about stepping down for a few years, for various reasons.

“I have held off doing so out of concern that it might be perceived as abandonment,” Lively wrote in an email, adding that his replacement is Peter Goplerud, who was the dean of Drake University Law School from 1997 through June of 2003 and dean of Florida Coastal School of Law from 2004 through May of 2013, when he stepped down to become president of InfiLaw Management Solutions. Lively wrote that his successor has a “depth of experience that I believe best positions the school to navigate through a critical time.” 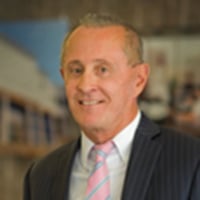 Additionally, Lively mentioned that the law school has done some “significant downsizing, and I was uncomfortable letting others go without including myself and hopefully saving some other positions.”

Arizona Summit was placed on probation by the ABA’s Section of Legal Education and Admissions to the Bar in 2017 for noncompliance with academic standards and an admissions standard. In June, the ABASection of Legal Education and Admissions to the Bar’s council withdrew accreditation approval for the law school. At a July hearing with the the Arizona State Board for Private Postsecondary Education, which licenses for-profit law schools, it was disclosed that in the event of a teach-out plan, Arizona Summit students may be able to finish their course work at Arizona State University’s law school. “We are currently in discussions but nothing has been finalized,” ASU’s Sandra Day O’Connor College of Law said in a statement last week.

The law school on July 18 filed an administrative appeal of the council decision, the Arizona Republic reported at the time. Barry Currier, the ABA’s managing director of accreditation and legal education said in a statement said that the appeal suspends the effective date of the council’s action. Further action and resolving the appeal’s outcome could take several months, he said.

According to Arizona Summit’s Standard 509 Information Report for 2017, its median LSAT score is 148, and its median undergraduate GPA is 2.81. Out of 199 students for the 2016-17 academic year, 71 left through nontransfer attrition. The law school’s Arizona bar passage rate for July 2017 was 20.1 percent, according to data released by the Arizona Supreme Court.

Also, Arizona Summit is one of three InfiLaw schools that in May filed federal due process lawsuits against the ABA for accreditation findings that the schools were out of compliance with standards involving admissions and programming. The matters are ongoing, and filed in different courts. 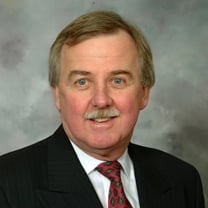 Regarding Cooley Law, in 2017, the ABA’s accreditation committee found that the law school was out of compliance with Standard 501(b), which focuses on admissions, and Interpretation 501-1, which discusses factors to consider in admissions. The council affirmed the finding, and Cooley Law in November filed a federal lawsuit against the ABA, alleging that the letter, which was made public, violates the Higher Education Act and common law due process.

The accreditation committee in March found that the law school had come into compliance with the standard. According to an accreditation committee decision made public by a May 25 court filing, Cooley Law agreed to no longer admit students with predicted law school grade point averages below 2.1, and limit admittees with predicted GPAs between 2.2 and 2.49 to part-time enrollment. The law school’s Michigan bar passage rate for July 2017 was 50 percent, according to data published by the state supreme court.

The U.S. District Court for the Eastern District of Michigan action is ongoing, and a motion for summary judgment hearing is scheduled for Dec. 6.