What's one thing you wish the public understood about the US legal system? 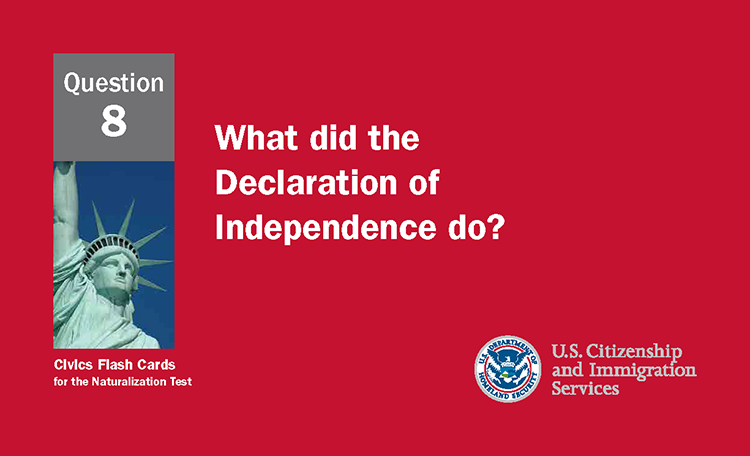 What did the Declaration of Independence do? Nonresidents who want to become U.S. citizens are expected to know. When the ABA recently posed the same question to a sample of U.S. adults, a correct answer wasn’t guaranteed.

The proper response is that the declaration, which is the event we celebrate on the Fourth of July, announced our nation’s independence from Great Britain. When the ABA Survey of Civic Literacy 2019 gave its multiple-choice quiz, 77% answered this question correctly. Those who answered incorrectly indicated that the document either freed slaves in Confederate states, declared independence from France, or gave women a national right to vote.

“The results clearly show that we have more work to do,” ABA President Bob Carlson told the ABA Journal before the survey’s Law Day release. Just 5% of survey respondents got a perfect score to 15 questions drawn from the U.S. naturalization test.

The ABA is undertaking an educational program based on survey results and has urged lawyers to be active civic educators in their communities. Some attorneys have a big stage to explain law and public policy working as TV analysts. That’s not for everyone, though, as the Journal’s June magazine feature makes clear. Still, lawyers at Fourth of July gatherings, children’s sporting events or random conversations are asked about the rule of law and why it matters.

This week, we’d like to ask you: What’s one thing you wish the public understood about the U.S. legal system? Do your everyday conversations with neighbors or clients reveal gaps in their knowledge? Is there a major misconception that makes your work as an advocate more challenging or your news consumption more frustrating?

Give your declaration on legal literacy in the comments on our social media channels via Facebook, Twitter and LinkedIn.

Check out last week’s question: What was your summer associate experience like?