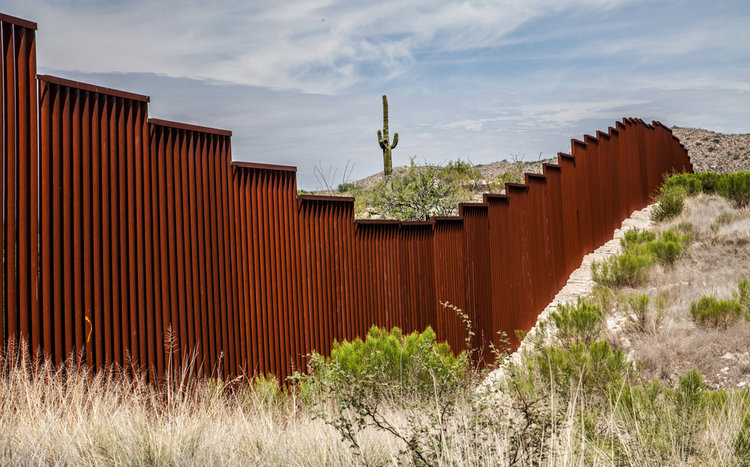 Attorney General Jeff Sessions said Monday that federal prosecutors will start bringing illegal entry charges against everyone caught crossing the border without authorization, “as many of those cases as humanly possible until we get to 100 percent.”

But as Reuters reported Wednesday, border communities are concerned that this promise will overwhelm the federal court systems in the areas closest to the U.S.-Mexican border. Though the Justice Department has announced it will hire 35 more federal prosecutors for those areas, the article notes that the court system also requires more judges, defense lawyers, marshals or other staff in order to handle the expected increase in cases.

Raner Collins, the Chief Judge for the District of Arizona, told Reuters his court has not been given any additional resources for this purpose.

“We haven’t decided to devote any more resources to it because we don’t have any more to devote to it,” he said.

The Justice Department has implicitly acknowledged that a zero tolerance approach may not be practical, saying the policy would be applied “to the extent practicable.” A DOJ spokesperson told Reuters the department had been in touch with the judiciary “in order to find practical solutions to an expected increase in prosecutions along the Southwest border.”

Crossing the border without authorization is a misdemeanor on first offense and a felony on subsequent offenses, as the Wall Street Journal noted Wednesday. (Asylum seekers who turn themselves in at a point of entry and request asylum, the procedure outlined by international treaty, break no laws.) Typically, federal prosecutors focus their resources on the more serious cases involving repeat offenders, drugs or human trafficking. The Journal said they prosecuted about 60,000 cases in fiscal year 2017. Customs and Border Protection statistics for that year suggest that prosecuting everyone who was caught would mean an additional 161,000 prosecutions. Reuters adds that 211,000 people have been caught by CBP since October.

The increased prosecutions will also require more jail space for the U.S. Marshals, who handle detention in these cases. This is already requiring the marshals to send prisoners far away from their eventual court dates, says Shereen Cherlick of the Federal Defenders office for the Southern District of California.

Prior efforts to increase prosecutions for illegal entry have had similar results, Reuters noted. The George W. Bush administration’s Operation Streamline, continued under the Obama administration, doubled prosecutions between 2005 and 2008, Reuters says. Judge Barry Moskowitz of the Southern District of California complained in 2011 that this led to backlogged courts and inadequate conditions of confinement for the immigrants.

Reuters says Moskowitz is expecting another increase in cases. According to an email he sent federal defenders April 30, he is expecting the U.S. Attorney’s office in San Diego to file 20 illegal entry cases per day.