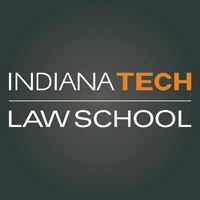 After making five-figure scholarship donations to Indiana Tech School of Law, some attorneys are wondering what will happen with their money.

Eric Welch, a Muncie lawyer with his own firm, told Indiana Lawyer that he was “very disappointed” with the law school’s Oct. 31 announcement that it would close. He pledged $20,000 to the law school in 2013, to endow scholarships, and hopes that his donation will be returned.

The school has said it will operate for the rest of the academic year and officially close on June 30, 2017. Seventy-one students are enrolled at the law school, according to Indiana Tech.

Shambaugh Kast Beck & Williams, a Fort Wayne law firm, endowed a $25,000 scholarship at the law school. Robert Wagner, a member of the firm who also serves on Indiana Tech’s board of trustees, told the paper that his law firm plans to have their donation redirected to another department at the university.

Meanwhile, some Indiana Tech law students and faculty have retained an attorney, who says he wants internal communications from the school.

“I’m looking into misrepresentation and fraud,” Christopher Mackaronis, a Washington, D.C., lawyer, told Indiana Lawyer. “They repeatedly received an unqualified commitment from the university that it was committed to full accreditation and (the program’s) subsequent long-term success and prosperity.”

The article references a press release in which Arthur Snyder, president of Indiana Tech, stated that the law school lost $20 million. It was founded in 2013, and in 2015 the university passed a resolution that designated a $20 million reserve fund to support the law school through the 2019 school year. The ABA granted Indiana Tech School of Law provisional accreditation in April 2016.

Charles Cercone, the law school’s dean, told Indiana Lawyer that he tried to convince the university to give his school more time. The article notes that for the July 2016 bar exam, the pass rate for Indiana Tech law students was 23 percent.

“I don’t think, in the long run, the bar results were the determining factor in the board’s decision,” Cercone told the paper. “I think it was much more ‘where is the legal market trending’, especially for quality students.”

Barry Currier, the ABA’s managing director of accreditation and legal education, says that this may be the first time that a law school “has simply closed.” Several have moved from one context to another, he told the ABA Journal, mentioning agreements like the 1993 accord where the University of Puget Sound transferred its law school sponsorship to Seattle University.

According to a statement (PDF) the section released, Rule 34 of the ABA’s Rules of Procedure for Approval of Law Schools governs closures. If a closure does not include an approved “teach-out plan or agreement,” the rule states, the section’s managing director will work with the Department of Education and related state agencies to help students find ways to complete their education without additional charges.