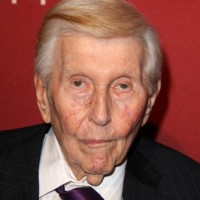 A granddaughter of media mogul Sumner Redstone has sided with his former girlfriend, rather than her aunt, in a competency petition where millions are at stake.

The Los Angeles County Superior Court filing was brought by Manuela Herzer, who the New York Times describes as Redstone’s former companion and romantic partner. In October 2015, the 92-year-old Redstone removed Herzer from a directive that had her in charge of his health care, and took her out of his personal estate plan that had left Herzer $50 million and a $20 million home in Los Angeles.

In a petition to join Herzer, Keryn Redstone stated that her grandfather is now a prisoner in his own home. Keryn Redstone, who is a law school graduate, claims that Sumner Redstone had disdain for his daughter Shari, who is challenging the petition, and his health has deteriorated since Herzer was forced to leave his home, the Hollywood Reporter’s THR, Esq. reports. Keryn Redstone describes the relationship between her aunt and her grandfather, who she calls “Grumpy,” as “very tempestuous and difficult.”

Shari Redstone in a statement wrote that Herzer and her niece are motivated by financial gain, the New York Times reports. According to Vanity Fair, Keryn Redstone claims that Shari lied about her stealing from another relative, which led to Sumner Redstone removing her from various trusts. Herzer reportedly told her grandfather “the truth,” and suggested that she be reinstated.

Sumner Redstone has had public disagreements with his daughter Sheri, according to the New York Times, but she says they’ve made amends. And Sumner Redstone was sued by his son Brent Redstone, who is Keryn’s father, in 2006. The end result was the father buying out the son’s business shares.

Pierce O’Donnell, who represents Herzer, asked the court to let their neurological expert examine Sumner Redstone, who is the majority owner of CBS Corp. and Viacom. His net worth is reportedly valued at $5 billion..

“Counsel claim that his inability to communicate is solely the result of a speech impediment and that he suffers from mild to moderate cognitive impairment, but that he is not sufficiently incapacitated to render invalid his health care decisions,” O’Donnell wrote in an ex parte filing to add Keryn Redstone as a co-petitioner. “Petitioner, on the other hand, contends that Redstone’s difficulties are the outward manifestation of more profound neurological damage which resulted from severe pneumonias in September 2014, and that the brain disorder afflicting Redstone is one reason that he suffers from moderate to severe cognitive impairment and is unable to make or communicate health care decisions.”

CBS Corp. and Viacom Inc. shareholders also have concerns. In January a shareholder derivative lawsuit was filed in the Delaware Court of Chancery, arguing that Sumner Redstone was “physically and mentally incapacitated.” The complaint questioned why he was paid some $169 million from 2012 to 2014. The claim was dropped in March, Variety reported at the time, but equity holders still plan to seek damages from the companies, their boards of directors, Redstone and his future estate.