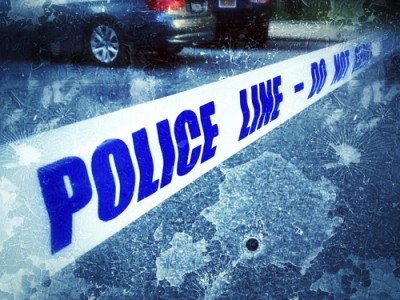 A suspect believed to have shot seven South Carolina law enforcement officers on Wednesday, killing one of them, is a disbarred lawyer.

The suspect has been identified as 74-year-old Frederick Hopkins, report the Associated Press and the Greenville News. He was hospitalized with a head injury, according to Fox Carolina. NBC News reports that the suspect wasn’t shot, although he was unconscious, possibly because of a heart attack or other condition during the shootout.

The slain officer was identified as Terrence Carraway, 52, who recently marked 30 years with the Florence Police Department, report SCNow and WMBF.

The officers were shot as they tried to serve a search warrant on a home in Florence, according to Florence County Chief Deputy Glenn Kirby. The search warrant was based on an allegation that a 27-year-old person at the home sexually assaulted a foster child, he said. According to SCNow, a 27-year-old person in the home was also wounded. NBC News reports that the wounded man was the suspect’s son.

Kirby said the officers used caution because they believed four foster children were in the residence, according to NBC. The suspect surrendered after two hours, and the children were found hiding under a golf cart in the garage.

Hopkins has a record of arrests. He was charged with disorderly conduct in 2014, and “running at large” in 2015 and 2017, a charge related to failure to restrain animals, according to AP.

Hopkins was admitted to the bar in 1980 and disbarred by consent four years later in an order by the South Carolina Supreme Court.

According to the order, Hopkins had been ordered to pay the Lexington County probate judge’s office $18,000, an amount representing attorney fees said to have been wrongfully collected from a client. More than a month and a half later, Hopkins had paid only $4,600, spurring a contempt of court finding and a June 1984 order that he be jailed for six months or until he complied with the order.

The South Carolina Supreme Court agreed to suspend the jail sentence, provided that Hopkins repay the remaining amount within 60 days. Hopkins’ wife had agreed to be jointly responsible for the debt.

Story updated at 10:20 a.m. to add information on the ethics case against Hopkins.