The Bluebook: Tell us how you really feel, readers 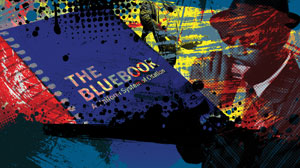 Judge Richard Posner’s disdain for The Bluebook has been well-documented. In a 2011 Yale Law Journal article, he admitted not having ever read it in detail. And that was an older, 511-page edition. The current 20th edition, released in May 2015, is 560 pages.

Even legal writing authority Bryan Garner has admitted he finds the frequent, seemingly arbitrary updates to The Bluebook “irksome” at times.

“Things shift from edition to edition—every five years or so—in response to nothing but the itch of a new crop of law students to leave their mark on their venerated citation guide,” Garner wrote.

So this week, we’d like to ask you to tell us how you feel about The Bluebook. Love it or loathe it? Do you use the current edition—or an older edition—in your legal writing? Do you find it easy to use, once learned? Or do you use an altogether different system of citation?

Read the answers to last week’s question: How much did you pay in law school tuition?

Question of the Week | Legal Writing