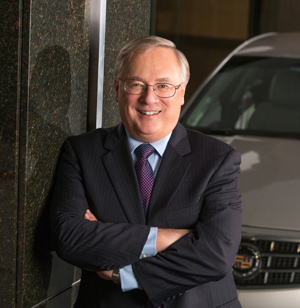 Michael Millikin joined GM in 1977, and has been general counsel since 2009. Image courtesy of GM.

When some federal lawmakers questioned why General Motors’ general counsel Michael Millikin still had his job, following much-publicized ignition-switch issues that led to the ouster of other lawyers, chief executive Mary Barra said she needed him at the helm.

However, Michael Millikin has now announced his retirement, which will take effect early next year, reports the Detroit Free Press.

The 66-year-old has been at GM for 38 years and has been the company’s top lawyer for five years.

In a written statement, Barra called Millikin “a man of impeccable integrity, respectful candor, and unwavering loyalty.” He will be missed, she said, following a stellar career in which he “has led global legal teams through incredibly complex transactions, been a trusted and respected confidant to senior management, and even led the company’s global business response team following the tragedy of 9/11.”

Millikin will remain on the job until his successor is named, Reuters reports.

ABAJournal.com: “GM legal department is reportedly under scrutiny by prosecutors”