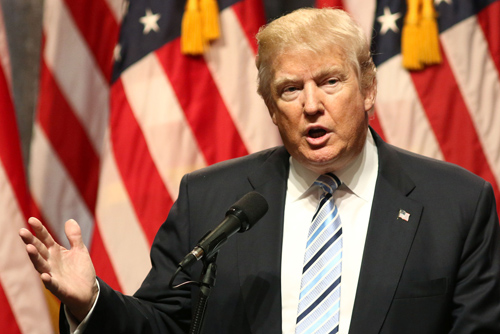 President Donald Trump directed his top White House lawyer in March to try to persuade Attorney General Jeff Sessions not to recuse himself from the investigation of possible Russian involvement in presidential campaign.

The New York Times and The Associated Press have stories.

White House counsel Donald McGahn spoke with Sessions and told him that there was no need for him to step aside so early in the inquiry and recusing himself would not end complaints by Democrats that he had lied in his confirmation hearing about a meeting then-Russian Ambassador Sergey Kisylak, the Times notes.

McGahn did not know that Sessions already decided to recuse himself, and when Sessions told the White House counsel that top DOJ staff had advised him he should do so, McGahn said he understood.

The AP contacted John Dowd, one of Trump’s personal lawyers, Thursday evening after the Times story broke. “I know nothing about it,” Dowd said before hanging up. A phone message for Jay Sekulow, another one of the president’s personal lawyers, was not immediately returned, and the White House did not respond to an inquiry.

The Times based its story on its review of documents and interviews with White House officials and others briefed on the investigation, all of whom did not want to be identified.

Much of the information is believed to be in the hands of special counsel Robert Mueller, including notes kept by Trump’s former chief of staff, Reince Priebus, and Deputy Attorney General Rod Rosenstein.

The president reportedly grew angrier when then-FBI director James Comey testified on May 3 before a Congressional committee for the second time and again declined to say the president’s actions were not part of any investigation. Two days later, a Sessions aide asked a Capitol Hill staffer for negative information on Comey. Sessions wanted one negative story about Comey in the daily news cycle, the Times was told by one person familiar with the meeting.

“This did not happen and would not happen. Plain and simple,” DOJ spokeswoman Sarah Isgur Flores told the Times.

That same day, Rosenstein pulled aside one of McGahn’s deputies at a meeting at the Justice Department, and said top White House and DOJ lawyers need to discuss Comey’s future. The Times notes it’s unclear whether this was related to the effort to smear Comey.

The following weekend, Trump watched Comey’s testimony and discussed firing him with Jared Kushner and senior policy adviser Stephen Miller. The president asked Miller to draft a letter to Comey. On May 8, Rosenstein, who was given a copy of Miller’s draft, agreed to write his own memo outlining reasons to firing Comey. The FBI director was dismissed the next day.

White House officials told the Times previously that the draft did not refer to Russia or the FBI’s investigation. But, the Times now reports, citing two people who have read it, the first sentence said the Russia investigation had been “fabricated and politically motivated.”

At one point, lawyer Uttam Dhillon, a McGahn deputy, misled the president by letting him believe that he did not have the authority to fire Comey. Dhillon feared that doing so would seriously damage Trump’s presidency.

“This shows that the president’s lawyers don’t trust giving him all the facts because they fear he will make a decision that is not best suited for him,” says Stephen Vladeck, a professor at the University of Texas School of Law told the Times.