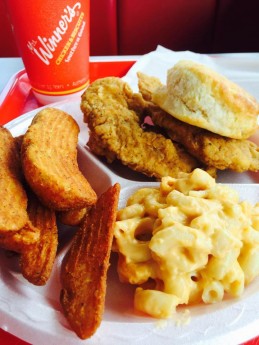 His clients, struggling with a lack of capital, a loss of business for Atlanta-based Mrs. Winner’s Chicken & Biscuits during the Great Recession and the inability to get credit, at first resisted a Chapter 11 bankruptcy and then lost almost everything in a Chapter 7 bankruptcy, Forbes reports.

In the end, they had racked up a $200,000 legal bill they couldn’t pay. Meanwhile, the company brand was up for sale as part of the bankruptcy, but nobody thought the intellectual property assets had any value, Buttolph tells the business publication. So, in what amounted to a friendly foreclosure, Buttolph essentially accepted the intellectual property assets in lieu of legal fees. Then he spent the next several years teaching himself about the restaurant franchise business and trying to rebuild the brand.

At this point, although he doesn’t consider himself out of the woods yet, the 63-year-old is at the helm of a business that is estimated to be worth some $10 million to $12 million.

Asked by a Forbes reporter where his career would have gone if he hadn’t been owed the $200,000 legal bill, Buttolph responded: “That’s hard to say.” However, he notes, “My wife and I were interested in moving out of California, and I was interested in doing something other than practicing law.”