What do you think were the most significant legal actions of the Obama administration? 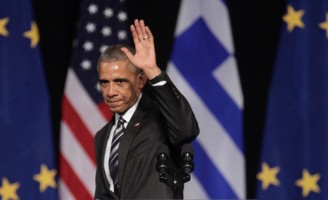 This week, we want to look back before we face the future of our executive branch of government. We’d like to ask you: What were the most significant legal actions of the Obama administration—whether you agreed or disagreed with the decisions? Was it the implementation of the Affordable Care Act? The signing of the Paris Agreement, which would limit carbon emissions? The expansion of drone warfare? Something else entirely?