Who is your favorite civil rights hero? 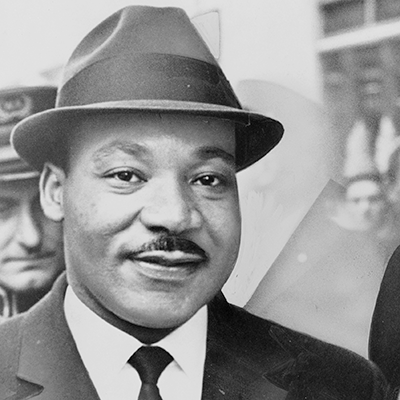 Photo of Rev. Martin Luther King Jr. from the Library of Congress.

Martin Luther King Jr. is one of the most prominent faces of the American civil rights movement, having set the standard for nonviolent activism in an era of rampant racial discrimination. Jan. 15 marked the 90th anniversary of his birth. This Monday, a national holiday honors the memory of a man who taught us to never stop striving toward equality.

But King is far from being the only civil rights trailblazer. People have fought many kinds of discrimination based on gender, age, disability, religion or sexual orientation.

Answer on social media. You can answer via Facebook and LinkedIn.

Read the answers to last week’s question: Have you ever thought about writing a book?

Posted by Teresa Rhyne: “I have published two memoirs. The first one became a #1 NYT bestseller and was translated into 6 languages (it was also a bestseller in Brazil!). It’s called ‘The Dog Lived (and So Will I)’–it’s the story of my dog and I both surviving cancer and some other drama (though told with humor, I like to think). I was diagnosed 11 months after opening my own law office. Still hoping to publish a 3rd one, but also still practicing law!”

Civil Rights | Question of the Week