Who Will Police Nanotech, Keep Us Safe? 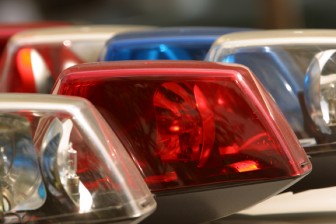 Besides understanding that nanotechnology makes small stuff usable and usable stuff small, we need also recognize that what we know about it can fit on the head of a pin, and that the future is now.

That was the backdrop for a panel discussion begun Sunday morning at the ABA Annual Meeting in San Francisco. Newly minted scientific terms as well as acronyms for regulations and research procedures flew around the room like so many Ghirardelli chocolates. This was a gathering of the cognoscenti, with the lawyers sometimes talking like scientists, who in turn sometimes sounded like lawyers.

They were to consider, the program title stated, “Nanotechnology: Will Big Legal Problems Come in Very Small Packages?”

But that turned out to be a given. Much of the discussion concerned matters of health and safety in general and, in particular, whether government regulators or industry researchers are, will be or should be looking out for us.

As usual, everything cuts more than one way. Asbestos could prove to be comparatively benign compared to the possible ravage of smaller, more insidious man-made nano-materials; but nanotechnology could dispatch cancer to medical history’s dustbin.

Right now, thanks to nanotechnology, we’re enjoying new sunscreens with the benefit of titanium or zinc oxide that are clear rather than the thick white cover that makes for clown-noses at the beach.

But last year it also prompted the first-ever legal challenge about the hazards of nanotechnology. The International Center for Technology Assessment, a Washington, D.C.-based nonprofit, bipartisan organization that analyzes the impact of technology on society, filed a formal legal petition with the Food and Drug Administration. It calls on the agency to address health and environmental risks of untested and unlabeled consumer products. It focuses on sunscreen.

“It’s clear, not white, and thus more marketable,” George Kimbrell, a lawyer with ICTA, told the group. He said there is need for a new paradigm for toxicity testing and that nanomaterials have “unique and unpredictable” risks.

At one point, FDA toxicity researcher Paul Howard responded to Kimbrell’s complaints about the agency by saying that the FDA, in making its decisions, has more information at hand than is publicly released and “You can’t be privileged to that because it is confidential information.”

“We haven’t been hiding under a rock,” Howard said in his initial presentation. The agency started an in-house nanotechnology interest group in 2002. Because laws governing the agency’s mission and methods concern products rather than the technologies used to produce them, nanoscale materials are looked at case by case.

Kimbrell, in turn, criticized the report, saying it “lacks urgency and fails to address oversight flaws and gaps” as well as not recognizing a need for legislative or regulatory change.

Legislative proposals dealing with nanotechnology have been floated in Congress, but it probably will be at least a few years before there is any meaningful legislative action, said Dr. John Balbus, a physician and researcher with Environmental Defense, a nonpartisan group that says it avoids confrontation and works with business, government and communities for practical solutions in sustaining a healthy environment.

Any tweaking by Congress likely will concern the Toxic Substances Control Act, a key tool used by the Environmental Protection Agency for regulation. Critics say the TSCA needs to put more burden on manufacturers to prove their products are safe.

But the question soon becomes how much proof?

Mark Duvall, managing counsel for Dow Chemical Co.’s legal department, said any regulation should be risk-based and that if new products are held back “until all risks are explored” it will take decades for them to reach the market.