However you spell it, 'humor' or 'humour' is admissible in law practice 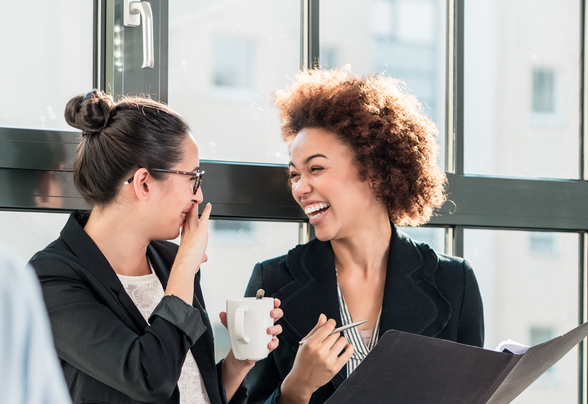 Are you sometimes overstressed practicing law? Are taking yourself too seriously? Is your sense of humour dusty, dormant or, even worse, muzzled? May I offer some suggestions?

For four decades, I made extensive use of humour in my litigation practice to the advantage of not only myself, but also my clients and even opposing lawyers. I would like to discuss why, notwithstanding humour’s benefits, many lawyers may be reluctant to use it. And, yes, humour can still be used safely. (Being Canadian, I’ll spell “humour” with that extra “u.”)

We have all heard how beneficial humour is. It can enhance health, relieve stress, spark creativity, boost team morale and create rapport. As Victor Borge, the Danish comedian icon, said, “A smile is the shortest distance between two people.”

During my years of practice, I made it a point upon commencing a case to telephone opposing counsel and simply introduce myself. I ensured that a giggle or two followed quickly.

In one potentially acrimonious divorce matter, I told the other lawyer his letter to my client sounded like it was penned by Captain Bligh. He chuckled. The ice was broken, and he soon conceded that his client was not pushing spousal support and would settle for a reasonable property adjustment.

And so, if humour is so beneficial, why the reluctance to use it?

I have thought about that a bit. Three possible reasons come to mind. 1) Being humorous is not being serious; 2) It takes special talent; i.e. you have to be a Seinfeld; and 3) Humour can be offensive.

BEING HUMOROUS ISN’T BEING SERIOUS

Have you noticed we are faced with mixed messages: “Humour is the best medicine” vs. “don’t be silly;” “lighten up” vs. “get serious;” “it’s great to laugh like a child” vs. “grow up.”

I once had a pretrial meeting with a Crown attorney (otherwise known as a district attorney in the U.S.—remember, in Canada we have a queen!). The case involved a repeat shoplifter for whom a jail term was on the horizon. After some friendly banter we came to a deal for a fine. The Crown wrote in his brief, “A fine is fine.” He then said, “No, this looks like I’m making light of the matter.” He revised it to “A fine is OK.” Now that’s serious!

Humour is anything but unserious. Research has shown that many Fortune 500 businesses routinely hire consultants to bring some fun into the lives of their companies’ operations. Herb Kelleher was the longtime CEO of Southwest Airlines, the only airline to turn a profit for more than 25 consecutive years. He credited a large part of the company’s success to his irreverent management style.

Kelleher was a champion of the idea that we should take our jobs seriously but never ourselves. He propounded that there is a direct relationship between having fun on the job and productivity. The employees were given a wide mandate to practice what he preached, including flight attendants telling jokes over the loudspeaker. The company would get thousands of comments praising this philosophy. Kelleher, incidentally, received a law degree at New York University. Seriously!

Hey, Ukraine just elected as president Volodymyr Zelensky, a comedian. And did you know he also has a law degree? Seriously!

But lawyers may feel we have to maintain a stiff upper lip. Do you know how the public perceives lawyers? I have had several instances whereby I told people that I write humour and their response was, “A humorous lawyer? That’s an oxymoron.”

Do we really relish that image?

YOU NEED NOT BE A SEINFELD

What generates humour? I believe if something is not perfect, it is potentially humorous. Let me narrow it down to one word: “IMPERFECSHUN.” This includes anything from the weather to traffic to politics.

Even perfection is humorous. As the sage Yogi Berra said, “If the world were perfect, it wouldn’t be.”

I’d like to share some of what I used to do to engender humour in my practice.

Pictures, puppets and posters: On my wall I had a corkboard with postings of great cartoons such as “The Far Side.” I also had a poster of Mark Twain with the quote: “Always do right. It will gratify some people and amaze the rest.”

My desk sported a puppet of cartoon character Foghorn Leghorn, the Southern gentleman rooster. You squeezed his belly and he blurted out, “Ah say, go away, son. You bother me.”

This would often distract some clients in distress, whom I would then invite to squeeze old Foghorn. They would giggle and forget their woes for a bit. Then we would have a short discussion about comedians or whatever. And I even got to docket for all the laughing time. I would tell my clients, “Laugh all you want, you’re paying me X per hour (X is Canadian currency).” Then I’d say, “Only kidding; I should pay you for making me laugh.”

I never lost a client for importing humour into our relationship.

Using props sends a message that their lawyer is quite human. You can lighten up and still be responsible.

Target yourself: You can just make humble comments about yourself. Humour comes easier when you are the target. For sure, you will have little resistance.

Rather than assail your opposing side, comment about yourself. A successful colleague of mine, when presented with a lowball unacceptable offer by an insurance adjuster, would often respond orally saying, “Hey, when I last looked at my driver’s license, it said Sydney Cooper, not Homer Simpson.”

Caveat: Don’t overdo the self-deprecation. You may find your practice mysteriously shrinking if you overdose on humility. You might occasionally say something like “I’m not Perry Mason.” But like everything else, moderation.

Borrow from the wise: Another useful method for generating humour is by using a quote, reciting a short poem or reading from a cute news story. You’ll have the people laughing and you will get all the credit.

For example, whenever I would have an estate issue, I would quote the French humourist Rabelais, who said his will reads, “I have nothing; I owe much; the rest I leave to the poor.”

Borrow the wisdom of Abraham Lincoln, Einstein or Winston Churchill. My favourite Churchillian quote, in speaking of a rival is, “He has all of the virtues I dislike and none of the vices I admire.”

Note that these and other legendary icons had no qualms about using humour. Lincoln and Churchill maintained their humour, even amid great wars.

I will say in today’s climate, people are afraid their humorous comments may cause trouble.

To ensure propriety, you must always be aware of the context of a situation and be guided by your golden rule. As the ancient Talmudic scholar Hillel said, “That which is hateful to you, do not do to your neighbor.” Makes sense?

Ask if your goal is to clear tension and promote goodwill or to insult or supposedly amuse without due regard to the recipient or situation. Set your compass on common sense.

When, for example, a colleague would not return my communications, though annoyed, instead of sending a nasty message, I would often email, saying:

I can think of only three reasons why you’re ignoring me: 1) You’re extremely busy; 2) you’re paying me back for ignoring you; or 3) you discovered I was the one who punched out the air in the tires of your new BMW.

I never failed to get a quick response, often with an apology. And amazingly, humour begets humour. One guy responded in kind that his reason was number 3. (Little did he know…)

We all have a sense of humour. As Canadian humourist Stephen Leacock wrote in Humour as I See it, “The world’s humour, in its best and greatest sense, is perhaps the highest product of our civilisation.”

But note, humour is not a panacea for all the world’s problems. Comedian John Cleese says, “When you charge the enemy machine-gun post, don’t waste energy trying to see the funny side of it.”

Just use it as much or as little as you wish, appropriately, and with respect.