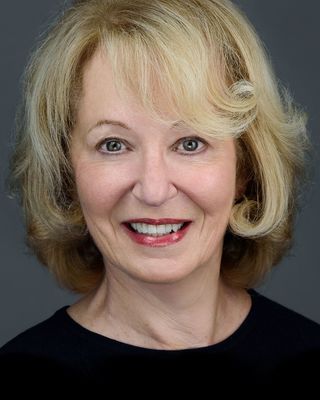 While watching the Australian Open in January, I found it fascinating to witness the interaction of three generations of sensational tennis players, following the stunning win of a young up-and-comer over a tennis great. White-haired John McEnroe interviewed 20-year-old Stefanos Tsitsipas after his four-set win over 37-year-old Roger Federer, who sheepishly walked off the court looking discouraged. Tsitsipas was shocked and excited and told McEnroe, whom he long had admired, “You are my hero.”

I couldn’t help thinking about another court and another group of retiring professionals. Several years ago, I was approached by Connecticut Appellate Judge Douglas Lavine. He invited me to participate in a program for judges who were transitioning into retirement. Lavine referred to this stage as “stepping down from the bench” and noted that these men and women were having a difficult time with this transition, suggesting some of them were experiencing depression and other maladies.

While judges receive excellent pensions and health benefits, the emotional aspect of this transition has been ignored and problematic for many of them. Because I am a clinical psychologist, my work with families has acquainted me with courts, attorneys and judges. I was asked to present to the judges to provide perspective and preparation for a productive and satisfying retirement. While I was also beginning to think about this stage of life, I admit that it had never occurred to me that judges, people of status, could be finding this transition to be difficult. The loss of status, meaningfulness, structure and daily routine was, in fact, a challenge for many of these accomplished professionals. Like athletes, judges are transitioning into a major life change that affects their prestigious identity. Many of them have not prepared and don’t have a plan for the next path.

So, each year for the past six years, I have participated in a program, organized by the Connecticut Judicial Branch, for judges who are stepping down from the bench. I began speaking to them about mastering transitions. Initially, I focused on helping them understand the stages of transitions, relying on William Bridges’ book Transitions as a model for this process.

Bridges worked with groups of people adjusting to life changes and identified three stages for negotiating all transitions. The first stage of any transition begins with an ending of something familiar, the second stage is a neutral zone for processing and the third stage is ultimately a new beginning.

This time cannot be rushed or ignored. Encouraging the judges to take the time to prepare ahead for retirement by attending to what they experience through the neutral zone was suggested.

Topics to address included their own personal interests, goals, bucket lists, hopes and dreams. In addition, planning ahead with their families, spouses or partners was discussed. Spouses who have not prepared for transitions often have difficulties when retirement actually occurs, including power shifts in the family. How to manage the discomfort that might arise was also noted.

While meeting with the judges, several of them presented their own stories about retirement. Some very accomplished writers, builders, antique car collectors, volunteers and singers shared their next stages of life. This group had successfully transitioned their enthusiasm, wisdom and talent into newfound work.

This year, I invited my daughter, an economist, to join my presentation to the judges to add perspective on how to approach risk. For many of them, thinking about new challenges felt very risky or scary. Yet some amount of risk-taking is present in any transition. While we often don’t think of the transition to retirement as a time to take a risk, it is often the best time to take risks and try new things.

The judges have a stable income, fewer responsibilities and less time pressure than they did during their careers. Therefore, encouraging them to take the risks associated with identifying and exploring new opportunities was presented and fostered. Learning some of the tools associated with the field of positive psychology was useful for encouraging them to think about some risks.

During the six years I worked with the judges, I became more aware of my own transitions and preparation for my next steps. I wanted to share with them my enthusiasm and the personal benefits I have received from my study of positive psychology.

Positive psychology is the study of positive emotions, strengths and meaning in life in order to promote happiness. While we all have our moments of positive and negative emotions, as a culture we tend to be more exposed to a negativity bias. Learning how to identify the positive moments in our daily lives and savor them has been determined to make a difference in our health and how we live our lives.

Prior to attending my presentation, I recommended that the judges complete the VIA classification found at the VIA Institute on Character website. This is a simple and free questionnaire designed by the scholars Martin Seligman and Christopher Peterson.

The VIA provides a person with the opportunity to identify their top signature strengths. Character strengths are the 24 qualities within all of us associated with what is best about human beings. Identifying our character strengths and learning to apply them can have a major impact on our daily lives.

All 24 of the characteristics are strengths. Some are more or less frequently used than others. Common strengths among the judges included perspective, wisdom and judgment. As the judges move through the neutral zone, they can make use of their VIA strengths to guide them to their next goals. Combining their top signature strengths and experimenting with their lower strengths, they can explore possible future work and pleasure options. An example of this could be combining the strength of appreciation of beauty and excellence with the lesser used strength of bravery to plan a trip to an exotic location.

My presentation included several character strength exercises. In one activity, the judges were encouraged to identify their top strengths. Each person reported a story that provided an example of their best self to a listener. The listener noted the strengths in the stories and communicated them back to the reporter. They all enjoyed the process and related to their signature strengths as supporting their unique identities as they moved forward with the activities.

My two top strengths include love and curiosity. Finding ways to use my connection with others and my curiosity about people’s lives has made my profession as a psychologist very suitable for me. These same strengths along with my love of learning contributed to my sharing with the judges. Learning how to use the tools of positive psychology and character strengths are useful for any transitions, as well as improving the quality of daily life for individuals and couples, or in the work world.

The judges reported back that planning ahead emotionally was very helpful. Mentally preparing for this transition made a difference for them, especially as they felt that they could take control of their retirement as opposed to feeling “pushed out.” They also noted the value of our discussion for preparing ahead as it related to their spouses, partners, families and relationships.

One participant recently notified me that she is preparing to work for the Federal Emergency Management Agency while she is a senior judge. She would like to volunteer for FEMA and is considering a one-year training program for nursing. Identifying her top strengths of love and social intelligence helped clarify her interests. One judge has written two novels since retiring. His strengths of perspective and creativity were evident in his goals.

I have especially enjoyed my annual presentations to this group of judges; they are an interesting, dynamic, inspiring and creative group of professionals.

Following my talk, some of the judges have reached out, wanting to learn more about how to use tools for a more satisfying retirement. I am currently developing a six-week workshop designed to help judges and others learn more about positive psychology and how to incorporate it into their lives and retirement. Taking a positive proactive approach to this stage of life can be energizing, informative and fun.

Janet Schrager, Ph.D., is a clinical psychologist with Clinical Associates of Greater Hartford in Connecticut.