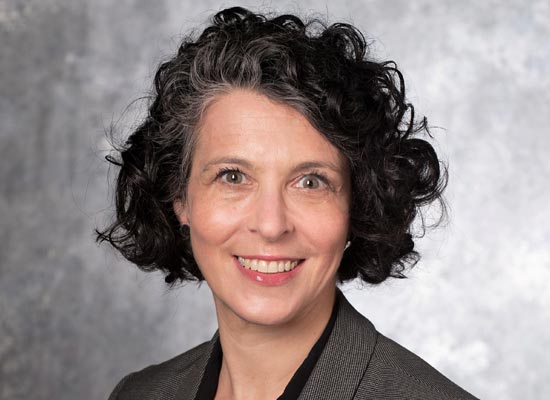 But rural justice challenges seemed like brutal realities, not policy-driven injustices. One day in rural Louisiana, I learned that I was wrong.

In 1985, as a college junior, I volunteered at a battered women’s center in rural New Hampshire. I vividly recall stumbling to the phone at 1:30 a.m., borrowing a car and driving a small, stoic survivor to the nearest available shelter nearly 100 miles away.

She carried only a purse and two framed pictures, and she said very little on that dark, quiet ride. But I still recall her words: “It’s better this way—our town is too small, and I know he would find me.”

In 1998, as a new clinical law professor I ran a program for women in prison at the Federal Prison Camp in rural Alderson, West Virginia. My clients came from across the nation, so they almost never saw their families. Instead, the women became part of the Alderson community, in ways that were both perverse and compelling. Most notably, they served as the town’s volunteer fire brigade.

In my own criminal defense practice—as a federal defender in New York City and as a “reformer” in New Orleans—I’d often traveled for hours to see a client who had been “housed” at a rural jail. In the desperate and devastating aftermath of Hurricane Katrina, when thousands of New Orleans prisoners were shuttled to rural Louisiana jails, I traveled hundreds of miles across the state simply to try to find them. But those experiences just reinforced what I’d already thought: country justice was hard.

In 2016, I went to a rural parish in Louisiana to help a public defender manage a crisis. The sheriff had arrested a local drug user and, to buy her way out of the crime, she had to help him with a sting. She encouraged 19 of her (formerly) close friends and family to buy drugs from her, all under video surveillance.

Each person was arrested. Each went to jail. Many of the defendants could not make bail and one was floridly psychotic. But each of the three local public defenders had already represented the sheriff’s star witness; none of them could represent the new arrestees. Still, the judge appointed the public defenders and would not allow them to withdraw.

When I agreed to help, I assumed that this crisis reflected some rural intransigence—local resistance to constitutional compliance. But when I arrived in this Louisiana parish, I learned that the situation was far more complicated. The local public defenders held part-time positions—there was no budget to support full-time positions.

Their office used an outdated version of WordPerfect (a perfect redundancy). The local courtroom was more mortifying than majestic. One beleaguered court staffer kept notes on paper, smudging her pen as she wrote.

Why was the judge detaining a mentally ill man? The nearest psychiatric facility was miles away and had a months-long waiting list. Why wouldn’t the judge let the public defender withdraw? There was no budget for retaining conflict counsel. And what was the DA’s position? He could not negotiate with unrepresented people and he could not simply agree to release these “dangerous” defendants.

I arrived in town prepared to scorch the earth—enraged by what I saw as an indifference to the right to counsel. I left understanding that lawyers in that parish—the judge, the prosecutor and the public defender—were causalities of a systemic failure to properly fund rural justice systems. And the sheriff whose arrests had caused this crisis?

His actions reflected an outdated approach to substance use disorder and a skewed set of financial incentives that rewarded him for incarceration but offered him no incentives for promoting community health.

In other words, these rural justice challenges were not the inevitable result of long distances or small case volumes. Rather, they reflected policy choices: the same types of policy choices that drove urban injustice—the policy choices I was already fighting in criminal court of New Orleans.

I’ve spent most of my career practicing or researching in public defense. I’ve seen how hard urban defenders work to represent too many clients who need much more help than a criminal justice system could ever provide. But rural criminal justice systems consistently get short shrift, particularly from academics and policymakers, who live and work in large urban centers. Few of us have even seen a rural courtroom, much less worked or studied in one.

Today, 97% of America’s land is rural and nearly 20% of the U.S. population lives there, according to the U.S. Census Bureau. But our rural criminal justice systems are underexamined and overlooked, even by criminal justice reformers. Without research, reform and innovation, these rural systems will begin to crumble and become second-tier criminal justice systems. Meanwhile, a surge in rural incarceration increasingly strains rural resources.

Too often, rural law enforcement cannot develop robust data, because there’s no money for a computer system, and even if there were money, there’s no time for anyone to attend an out-of-town training to learn how to use it. Judges still “ride circuit,” sometimes holding court as rarely as once a month, and defendants charged with petty crimes wait in jail to have their cases heard.

There’s no infrastructure to support specialty courts and no public transportation to help victims, witnesses, jurors and defendants get to court. Lawyers have close personal and professional ties; conflicts of interest are inevitable and difficult to solve.

I’ve seen how a lack of rural resources leads to appalling and often counterproductive results. In rural Kansas, a public defender told me about a client struggling with substance-use disorder. Addiction treatment was part of the defendant’s reentry plan. Just as this defendant began to make headway, his drug counselor died. There was no other treatment provider nearby, so this man’s relapse and reincarceration were almost inevitable.

The challenges of rural distance can also threaten public safety. A tragedy in California highlights the risks that arise when small police departments must cover long distances. In Trinity County, California, a 911 dispatch team responded to a call for help by asking the caller’s neighbors to check on her, as a police response might be hours away.

When the neighbors arrived at the scene, the caller was already dead. The killer attacked the neighbors, who escaped with serious injuries and later sued the county.

Still, there is great strength in rural justice communities. They are creative, nimble and close-knit. I have met police chiefs who drive community members to treatment, prosecutors who chose diversion over punishment and victim advocates who use remote technology to give legal help to survivors. In mostly-rural South Dakota, community-based alternatives like after-school programs and mental health treatment have reduced juvenile incarceration by 65%.

In rural North Carolina, remote filing for protective orders reduces victims’ travel time. In short, rural America has the strength, courage and heart to teach its urban neighbors about reform.

We must all turn our attention to rural America and its criminal justice system. As lawyers, we can begin by supporting rural lawyers. Since 2018, the Deason Criminal Justice Reform Center at the SMU Dedman School of Law has held two annual Rural Criminal Justice Summits, bringing together rural stakeholders from across the country.

Through those summits, I’ve met defenders, prosecutors and judges who do astonishing work under staggering challenges. Inspired by their work, we launched a Rural Criminal Justice Resource, taking phone calls and using email to connect rural stakeholders with each other. But we must do more.

Our rural colleagues bring more than human capital—they bring a gift for innovation. We must learn to listen to them and to support them. We must encourage lawyers to establish rural practices that can “green” our legal deserts. We must consider rural perspectives as we draft our criminal codes and consider our legal ethics.

And our national criminal justice reform movement must include rural perspectives, rural needs and rural insights as we move together toward a compassionate, sustainable system that promotes safety, equality and second chances.

Pamela Metzger began her career as a federal public defender. From 1998 to 2000, she directed the Women in Prison Clinic at the Washington and Lee University School of Law. From 2001 to 2017, Metzger taught at Tulane Law School, where she directed the criminal clinic and taught criminal law and criminal procedure. In 2005, Metzger was appointed to represent more than 8,000 indigent defendants left incarcerated without legal representation after Hurricane Katrina devastated New Orleans. Metzger is a law professor and the inaugural director of the Deason Criminal Justice Reform Center at Southern Methodist University’s Dedman School of Law. She is a nationally recognized Sixth Amendment and ethics scholar.